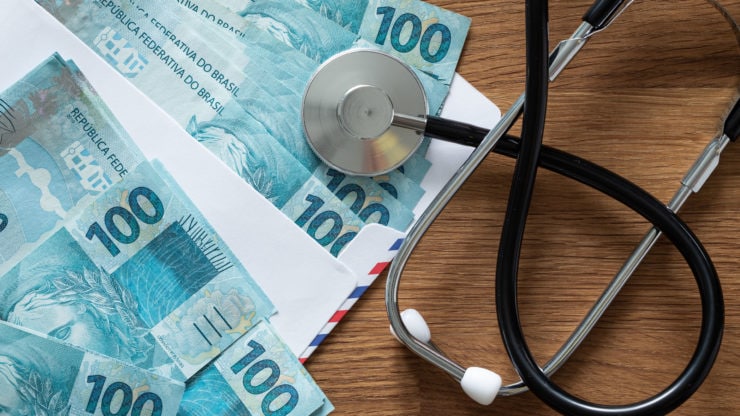 The USD/BRL is unchanged today as traders react to the rising number of coronavirus cases in Brazil and weak economic data. The pair is trading at 5.3400, which is slightly higher than yesterday’s low of 5.2530. It is also reacting to the weak PPI data from the United States.

Analysts blame Brazil’s president, Jair Bolsonaro, for the rising number of cases. That is because he did not take the disease seriously but compared it to the common cold. As a result, his administration did not impose any lockdown measures to prevent the disease. The president was diagnosed with the disease this week.

Data from the government shows that the country confirmed more than 42,000 cases yesterday. The seven-day moving average of infections is about 44,000, which is a shocking number.

As a result of the pandemic, the country’s economy is worsening. In a recent statement, analysts at Citi expect the economy to contract by 4.5% this year. That will be the worst contraction ever recorded in the country’s history.

Recently released data confirm this. According to the statistics office, the service sector declined by 19.5% in May. That was worse than the previous month’s decline of 17.2% and the 14.3% that analysts were expecting. The growth declined by 0.9% on a month on month basis.

The department attributed the decline to clothing whose prices declined by 0.46% and personal expenses whose price declined by 0.75%. Other seven segments of the CPI increased in June, with food and beverages being the biggest mover. The second mover was transport, whose prices rose by 0.31% after falling by 1.90% in May.

Still, some economic numbers have been positive. For example, the latest retail sales numbers showed a 13.9% improvement in May while auto sales jumped by 113% in June. Also, industrial production rose by 7% in May while the June composite PMI rose to 40.9.

The USD/BRL pair is trading at 5.3400, which is slightly below the day’s high of 5.3931. It is above yesterday’s low of 5.2530. On the daily chart, this price is slightly above the 50-day and 100-day EMAs. It is also slightly below the 23.6% Fibonacci retracement level. Also, the price seems to be forming a bullish pennant, which is a sign that the price will likely continue rising. If it does, bulls will target the next resistance level at 5.600.