BASF swings to £785.65 million of net loss in the second quarter 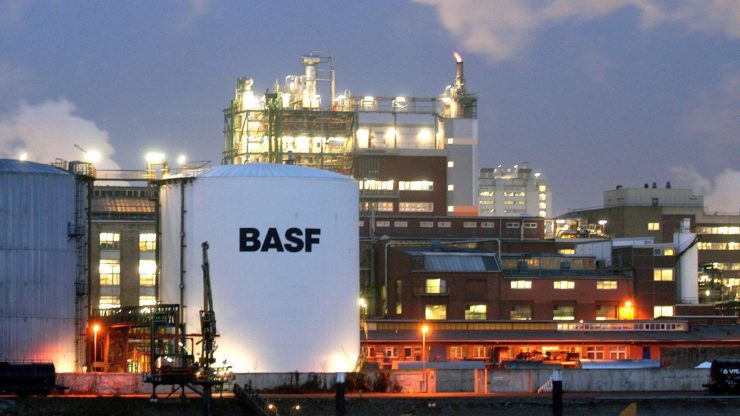 Written by:
Wajeeh Khan
11th July, 12:03
Are you looking for fast-news, hot-tips and market analysis? Sign-up for the Invezz newsletter, today.

In its statement on Friday, BASF SE (ETR: BAS) said it swung to a net loss in the second quarter on a £715.85 million impairment ascribed to its stake in Wintershall DEA as oil prices tanked sharply in recent months. In the comparable quarter of last year, BASF’s net income got a massive boost on the back of roughly £5.7 billion of book gain attributed to its Wintershall stake as it merged with DEA.

Shares of the company closed about 1.5% up on Friday. At £44.80 per share, BASF is roughly 25% down year to date in the stock market after recovering from an even lower £35 per share in March when the impact of COVID-19 was at its peak. Learn more about why prices rise and fall in the stock market.

At £785.65 million, the German company’s net loss in Q2 came in significantly higher than the analysts’ forecast of £141.38 million. It recorded its earnings before interest and taxes (EBIT) at £52.79 million in the second quarter. In the same quarter last year, its EBIT was reported at a much higher £453.67 million. BASF subsidiary recently extended its partnership with PrismLab.

The chemicals group said that its sales slid 12.4% in the second quarter to £11.36 billion. In terms of operating profit excluding non-recurring items, BASF reported £202.23 million that topped experts’ estimates but was still 77% lower on the year over year basis.

The Ludwigshafen-based firm did not link its dovish performance directly to COVID-19 that has so far infected a little under 200,000 people in Germany and caused more than 9,000 deaths. It, however, acknowledged that weakness in the global auto industry weighed significantly on several of its businesses. Its Nutrition and Care segment, it added, performed upbeat in the recent quarter that partially offset the decline in other segments.

Since car manufacturers are the largest customers for BASF, it had already warned in April that the Coronavirus pandemic might push it into a loss in Q2. The company is scheduled to release its detailed half-year results on 29th July.

BASF performed fairly upbeat in the stock market last year with an annual gain of just over 10%. At the time of writing, the world’s largest chemical producer has a market cap of £40.94 billion and a price to earnings ratio of 5.82.