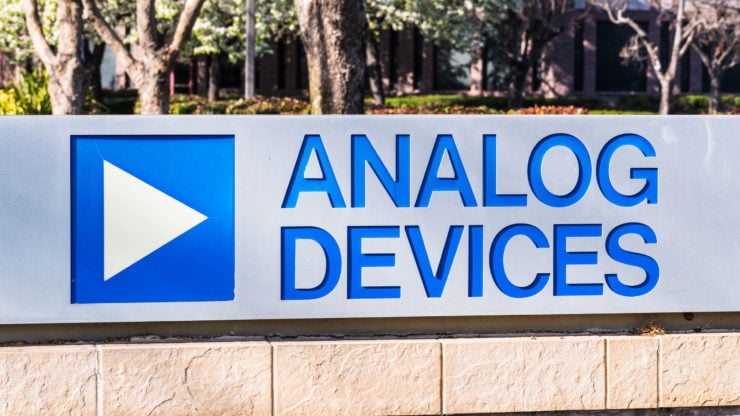 Analog Devices Inc. (NASDAQ: ADI) said on Monday that it plans on acquiring its smaller rival, Maxim Integrated Products (NASDAQ: MXIM) for £16.6 billion. The U.S. semiconductor company has proposed an all-stock offer that will see Maxim’s shareholders getting 0.630 shares of Analog Devices against each share of Maxim Integrated that they hold.

Shares of Analog Devices jumped less than 1% in premarket trading on Monday. At £98.84 per share, the American multinational is roughly 3% up year to date in the stock market after recovering from a low of £65.28 per share in March. Learn more about stocks and the stock market.

The combined company will be valued at £54 billion

The offer, as per the sources, values Maxim at £62.26 a share that translates to a roughly 22% premium on the price at which its stock closed the regular session on Friday. In a joint statement on Monday, the two companies also highlighted that shareholders of Analog Devices will have 69% ownership in the £54 billion (including debt) combined company.

Following the completion of the transaction that is expected in the summer of next year, the joint company is likely to see a boost in adjusted earnings in about 18 months. By the end of the 2nd year, as per the two companies, the deal will save £218.31 million for the joint entity. The combined company is expected to boast £6.51 billion of revenue and £2.14 billion of free cash flow on a pro forma basis. Analog Devices recently won the Transatlantic Growth Award.

As part of the agreement, CEO Tunc Doluca of Maxim Integrated and another director will be welcomed on Analog Devices’ board.  Shares of Maxim were reported about 17% up in premarket trading on Monday.

Analog Devices upgrades its guidance for the fiscal third quarter

At £50.88 per share, Maxim Integrated is about 2.5% up year to date in the stock market after recovering from a low of £33.74 per share in March. In terms of market capitalisation, Analog Devices is a much bigger company valued at £36.41 billion versus Maxim’s £17.13 billion.

In separate news, Analog Devices upwardly revised its guidance for the fiscal third quarter. The company now expects about £115.11 billion in revenue in Q3 and £1.06 of adjusted earnings per share.

In its earlier guidance published on 20th May, Analog Devices had anticipated £1.05 billion in revenue and 86 pence of adjusted earnings per share for the third quarter.