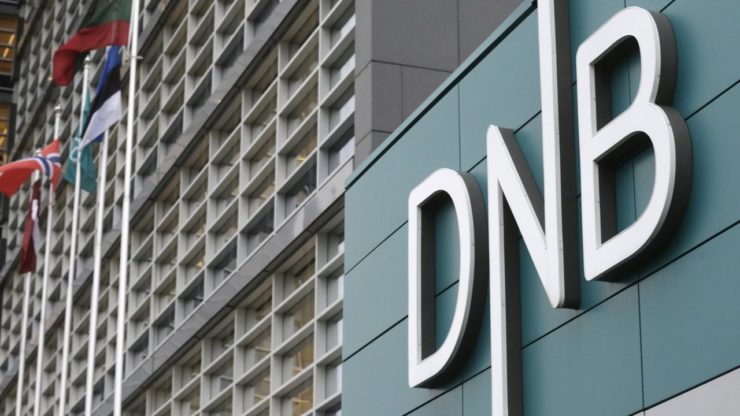 Written by:
Wajeeh Khan
13th July, 12:18
Are you looking for fast-news, hot-tips and market analysis? Sign-up for the Invezz newsletter, today.

DNB ASA (OTCMKTS: DNHBY) said on Monday that its profit came in stronger than expected in the second quarter. The Norwegian company also reported loan loss provisions to have contracted in the recent quarter on the back of improving economic outlook.

DNB closed at £11 per share on Friday that represents a 25% decline year to date in the stock market after recovering from an even lower £6.94 per share in mid-March. DNB is Norway’s largest financial services group and currently values its combined assets at over £160 billion.

At £422.93 million, DNB’s net profit in Q2 topped analysts’ estimates of £240 million. On a year over year basis, however, its profit in the second quarter came in significantly lower than £520 million.

According to the Norwegian financial services company:

“The reopening of the Norwegian economy has picked up faster than anticipated, and DNB’s activity level in the second quarter was less impacted by the COVID-19 pandemic than expected.”

In the second quarter, the largest Norwegian bank valued its loan loss provisions at £180 million as compared to £38 million in the same quarter last year. In the first quarter, however, its loan loss provisions were noted at £490 million due to the Coronavirus pandemic that pushed the country into a lockdown and the global economy into a recession.

According to CEO Kjerstin Braathen of DNB, oil companies took the hardest hit due to COVID-19 in recent months and made up 88% of DNB’s quarterly impairment losses. Comparatively, the contribution from private customers and other sectors was fairly minimal. As per the CEO:

“The Norwegian economy is landing on its feet, and in a number of areas, things are looking a lot brighter than they did at the end of last quarter.”

DNB also highlighted on Monday that it did not expect to hit its target of over 12% return on equity this year due to the ongoing health crisis. Learn more about return on equity and its importance in investing.

The central bank of Norway decided in favour of slashing its key rate in Q2 to zero. The move, as per DNB, will result in a £420 million hit to its interest income annually.

DNB performed slightly upbeat in the stock market last year with an annual gain of about 10%.