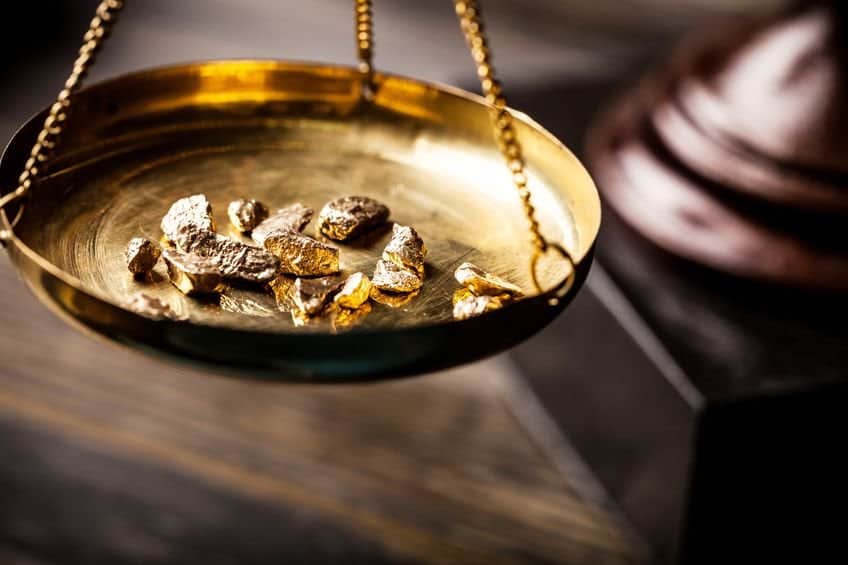 Written by:
Michael Harris
14th July, 10:40
Are you looking for fast-news, hot-tips and market analysis? Sign-up for the Invezz newsletter, today.

Shares of Centamin (LON: CEY) surged 2% higher yesterday to trade above GBX193 for the first time since 2010. Centamin, a gold-mining firm operating mostly in Egypt, reported an increase in its production levels in the Q2.

Centamin said its production levels in the second quarter were at 130,994 ounces of gold from the main Sukari mine in Egypt. This number exceeded expectations as the gold miner extracted 125,090 ounces of gold in the first quarter.

“Today’s results reflect a good first half performance for 2020. We remain confident we are on track to meet guidance and have narrowed the production range to 510,000 to 525,000 ounces and kept cost guidance unchanged,” chief executive Martin Horgan said in a trading update.

“I wish to thank our Sukari stakeholders, inclusive of the Egyptian government, our partners EMRA and the local community of Marsa Alam”.

It comes as no surprise that Horgan is thanking the Egyptian government for their support. Centamin plans to take part in the auction for exploration concessions of 56,000 square kilometers in the Eastern Desert.

The company has been the sole gold mine operator until this year, when Canada’s Aton Resources managed to obtain a mining permit.

“We have significant infrastructure in Egypt and leveraging that off would be a good thing,” Horgan added.

Both Aton and Centamin are likely to fight for the Eeastern Desert concession. Egyptian authorities announced a discovery of a gold deposit with resources of around 1 million ounces, worth nearly $1.8 billion.

Centamin is certainly ready for new investments and expansion of its operations. The company reported adjusted free cash flow of $56 million for the second quarter. Moreover, the financial outlook has also been boosted by surging gold prices.

Centamin stock price jumped almost 2% yesterday to hit GBX193.05 and exceed the previous 10-year high of GBX192.95. The buyers will now aim for a move towards an all-time record high at GBX202.80.

Investors have pushed the price action around 4% lower today as early investors collect their hefty profits near the multi-year highs. Centamin share price is now heading towards a critical supporting trend line, that now trades around GBX175.

Centamin stock price hit a new 10-year high yesterday after the gold miner reported a surge in production levels for the second quarter. As a result, the firm is now looking to expand its operations and take part in the auction for exploration concessions in Egypt’s Eastern Desert.