DXY: Here’s why the US dollar index is falling today 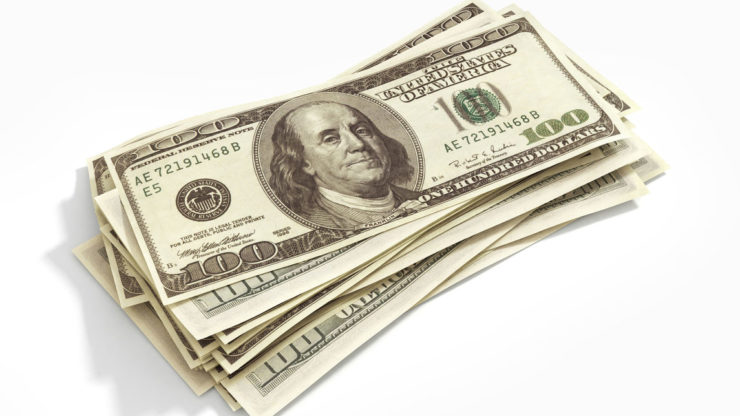 Written by:
Crispus Nyaga
14th July, 13:47
Are you looking for fast-news, hot-tips and market analysis? Sign-up for the Invezz newsletter, today.

The US dollar index (DXY) is down slightly as traders reflect on the earnings season, the rising number of coronavirus cases, and the upbeat inflation data from the US. The index is down by more than 6% in the past three months.

US inflation rose in June

Consumer prices bounced back in June as the US economy continued to reopen. According to the Bureau of Labour Statistics (BLS), the headline Consumer Price Index (CPI) rose by 0.6% after falling by 0.1% in May. That was the best rate since March, when the price rose by almost 1.5%. Analysts polled by Reuters were expecting the prices to jump by 0.5%. The CPI rose by 0.6% on an annualised basis.

The jump in consumer prices was mostly due to arise in gasoline prices. The energy component of the index rose by 5.1% in June as gasoline price rose by 12.3%. This index has been falling in each of the past five months.  The food index also rose by 0.6% fuelled by a jump in meat and non-alcoholic beverage prices.

Meanwhile, the core CPI, which excludes food and energy products rose by 0.2% in June after falling by 0.1% in May. That was the first time the index has been positive since February this year. The index rose by 1.2% on an annualised basis. The report said:

“The shelter index rose 2.4 percent over the 12-month span. The index for rent increased 3.2 percent and the index for owners’ equivalent rent rose 2.8 percent, while the index for lodging away from home fell 14.0 percent.”

According to the bureau, a key driver for the rise was motor vehicle insurance, which rose sharply after recent declines. The increase was partially offset by declines in used cars and trucks.

The US dollar index is declining partly because of the strengthening economies of US peers. Indeed, most constituents of the index except the Japanese yen and sterling are up against the greenback. The euro, Swedish krona, and franc are up by 0.25%, 0.60%, and 0.15% respectively.

That is because these countries reported upbeat numbers today. In Sweden, the headline CPI rose by 0.7% in June from the previous 0.0%. On a MoM basis, the CPI remained unchanged at 0.6%. Further, the CPI at constant interest rate rose to 0.7% in June.

Also, the US dollar index is possibly falling because of the rising number of coronavirus cases in the US. Recent data showed that the US confirmed more than 57,000 new cases in the US. As a result, several states have restated their previous lockdown measures. As such, the Fed could be forced to implement negative rates by the end of the year.

The US dollar index (DXY) is trading at $96.50. On the daily chart, this price is below the short and medium-term moving averages and is slightly above the 78.6% Fibonacci retracement level. The price has also formed a descending triangle pattern, which is nearing its tip. Therefore, the price is likely to break out lower as bears target the next support at $97.53.