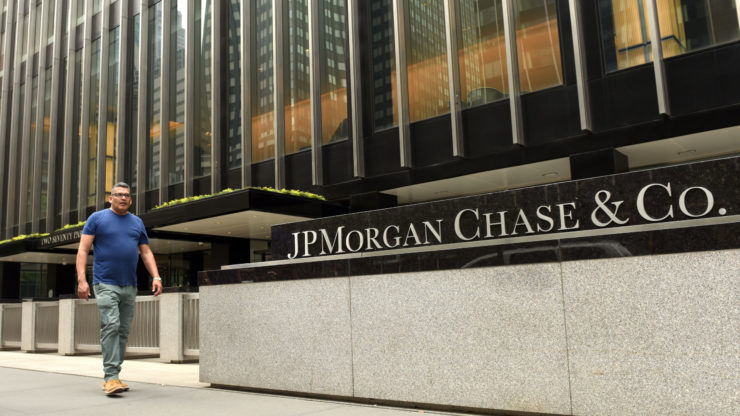 JP Morgan Chase (NYSE: JPM) published its quarterly results on Tuesday that highlighted a 79% increase in trading revenue in the second quarter. The bank was reported seeking up to £8 billion for alternative investments in April.

Shares of the company jumped about 4% in premarket trading on Tuesday. At £78.14 per share, JP Morgan is roughly 30% down year to date in the stock market after recovering from an even lower £63 per share in March. Learn more about value investing strategy.

At £3.74 billion, the U.S. investment bank’s net income in Q2 came in significantly lower than £7.70 billion in the same quarter last year. On a year over year basis, its revenue was reported 15% higher. Deutsche Bank was recently reported to have taken on clients dumped by JP Morgan.

In terms of net interest income, the American financial services holding company said it saw a 4% decline in the recent quarter versus FactSet consensus of £11.14 billion. Noninterest revenue, on the other hand, noted a 33% growth in the second quarter to £15.88 billion that topped analysts’ estimates of £12.56 billion.

JP Morgan also accentuated on Tuesday that its revenue from fixed income markets posted an almost 100% increase in the recent quarter to £5.83 billion while the revenue from equity markets came in 38% stronger at £1.92 billion. According to CEO Jaime Dimon of JP Morgan:

“Despite some recent positive macroeconomic data and significant, decisive government action, we still face much uncertainty regarding the future path of the economy. However, we are prepared for all eventualities as our fortress balance sheet allows us to remain a port in the storm.”