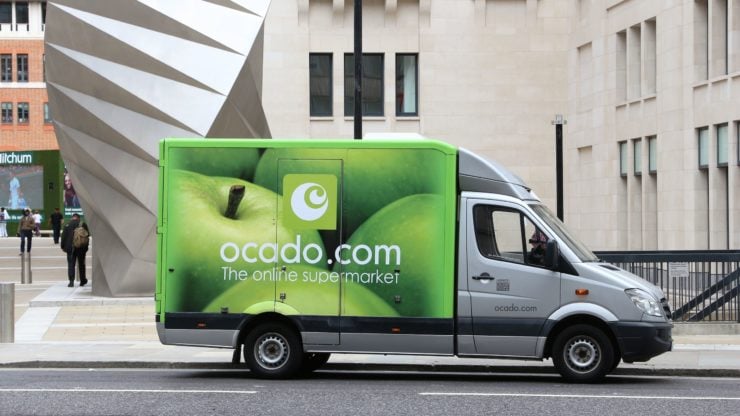 Ocado Group plc (LON: OCDO) said on Tuesday that its retail sales in the first half of the ongoing financial year came in 27.2% higher. The company also expressed confidence that an increase in online grocery shopping that was originally fuelled by COVID-19 restrictions will continue even after the virus subsides.

According to the industry data, the British grocery market saw online sales nearly double from 7% before the health crisis to 13% in recent months.

Shares of the company tanked about 4% on market open on Tuesday. At £19.89 per share, Ocado is currently more than 50% up year to date in the stock market after recovering from a low of £10.64 in late February. Learn more about the capital markets.

In the first six months of the fiscal year that ended on 31st May, Ocado reported £1.02 billion in revenue versus the year-ago figure of £803.2 million ascribed to the countrywide lockdown that started in March and fuelled a trend for online grocery shopping. According to CEO Tim Steiner of Ocado:

“As a result of COVID-19, we have seen years of growth in the online grocery market condensed into a matter of months; and we won’t be going back. We are confident that accelerated growth in the online channel will continue, leading to a permanent redrawing of the landscape of the grocery industry worldwide.”

In terms of EBITDA (core earnings), however, the British online supermarket still saw a 36% decline in the first half to £19.8 million from £30.7 million last year. Ocado expanded its investment in H1 in the technology business that resulted in increased costs and weighed on core earnings.

Ocado raised £1 billion via equity and bond issue in June

A pre-tax loss of £40.6 million was also attributed to this investment that came in significantly lower than £147.4 million in the same period last year. Ocado’s board refrained from declaring a dividend on Tuesday.

The Hatfield-based company resorted to equity and bond issue last month to raise £1 billion to shore up finances amidst COVID-19. In its report on Tuesday, Ocado said that its future guidance remains unchanged from its previous statement.

Ocado’s performance in the stock market was also reported hawkish in 2019 with an annual gain of roughly 50%. At the time of writing, the British online supermarket has a market capitalisation of £14.60 billion.