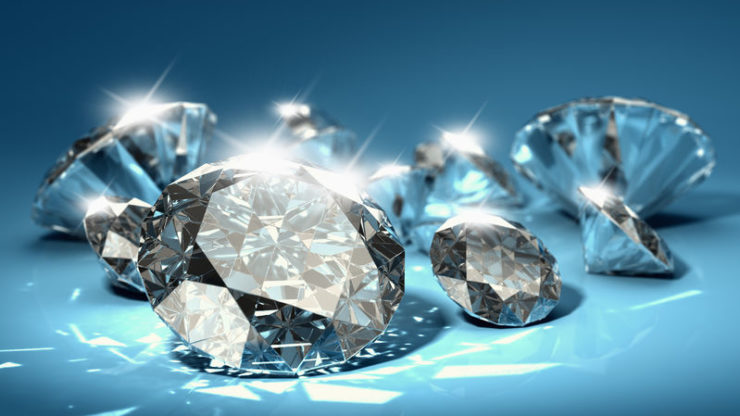 Icecap, a company founded by Jacques Voorhees, Erik Voorhees’ father has introduced diamonds to the Ethereum blockchain. A report revealed this news on July 15, noting that the firm offers non-fungible tokens (NFTs) representing diamonds on the OpenSea marketplace. According to Jacques, he first heard about NFTs from his son, Eric Voorhees, ShapeShift’s CEO.

“They’re as different as a snowflake. All the efforts to try to create fungibility with a non-fungible item, have ended up failing. And even though they’ve thrown blockchain technology at it, they still have yet to meet with success.”

“I’ve seen this going back all the way to 1972 when the West Coast Commodities Exchange tried to create fungibility and diamond futures contracts. The thing lasted about three days and the market fell out because the contracts weren’t actually similar.”

The process of tokenizing diamonds

Explaining the processes involved in the tokenization of diamonds, the report noted that all diamonds are first certified by the Gemological Institute of America (GIA). They are then sent to the Gem Certification & Assurance Lab (GCal). GCal then audits the GIA certificate and provides a guarantee. This helps ensure that grading is accurate.

In the event of inaccurate grading, the involved firms will pay the difference in price. They will then back the payment with an insurance policy that covers them in case they have to payout.

Through tokenizing tokens, Icecap provides a solution to the current problem that inhibits retail investors from selling diamonds with a steep discount as there isn’t a secondary market. Per Jacques, this problem creates an untapped £7.92 billion market. However, he projects the market will start small and will be inhabited by crypto millionaires and early adopters. Jacques added that his son has already invested in the company and that he has also promised to buy a diamond on the OpenSea marketplace.

Speaking in an interview, Jacques noted that using NFTs to represent diamonds does not pose a regulatory challenge. He noted that his attorneys scrutinized the project to find out how the firm would transfer titles and how it would handle the collection of sales tax issues. He added that they asked a lot of questions before concluding that the project does not have any regulatory issues at the moment. However, Jacques noted that the attorneys urged the firm to reach out to all potential regulatory agencies just in case.