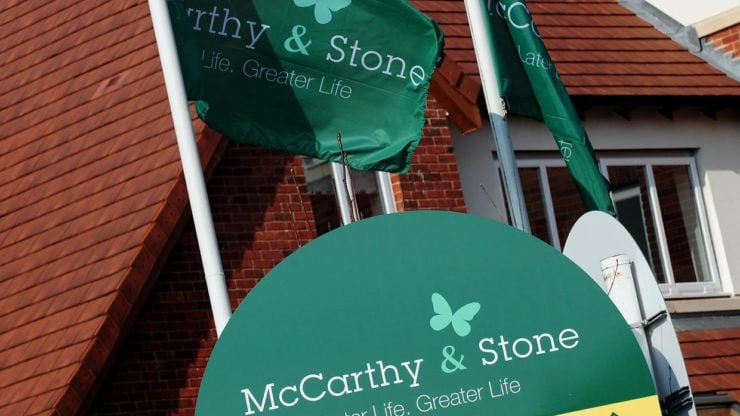 McCarthy & Stone plc (LON: MCS) said on Wednesday that its underlying operating loss in the first half (H1) of the current financial year came in at £25 million as compared to a profit of £21.3 million in the same period last year. The company attributed its dovish performance to the Coronavirus pandemic that has so far infected a little under 300,000 people in the United Kingdom and caused over 44,500 deaths. McCarthy reported a pre-tax loss of £91.3 million in H1 versus the year-ago figure of £3.6 million of profit.

Shares of the company opened just under 5% down on Wednesday but recovered the entire loss later on. At 75 pence per share, McCarthy & Stone is roughly 50% down year to date in the stock market after recovering from an even lower 41 pence per share in March. At the time of writing, the £397.41 million company has a price to earnings ratio of 9.67.

The retirement-home builder highlighted COVID-19 to have weighed heavily on housing transactions in the first two quarters of the fiscal year resulting in comparatively much lower completed sales. McCarthy & Stone also warned of a significant hit to its performance in the upcoming months due to the ongoing health crisis.

The company cited the health crisis as it revealed a 44% decline in volumes in H1. According to McCarthy, it completed 471 homes only in the first six months of the financial year. In terms of the average selling price, it recorded a 7% decline to £297,000.

As the British government announced a countrywide lockdown to minimise the fast spread of the novel flu-like virus in March, McCarthy resorted to suspending its dividend to shore up finances and cushion the economic blow from COVID-19. On Wednesday, the Bournemouth-based company announced its COO for Build, Nigel Turner to have exited the role with immediate effect; a move that it attributed to lower demand and workflow at large.

The developer of retirement communities in the UK boasted to have minimised its monthly cash burn to £7 million from £10 million at the start of the Coronavirus lockdown. As per McCarthy, it started July with roughly £122 million in available cash and access to an additional £300 million under the Bank of England’s (BoE) financing scheme.