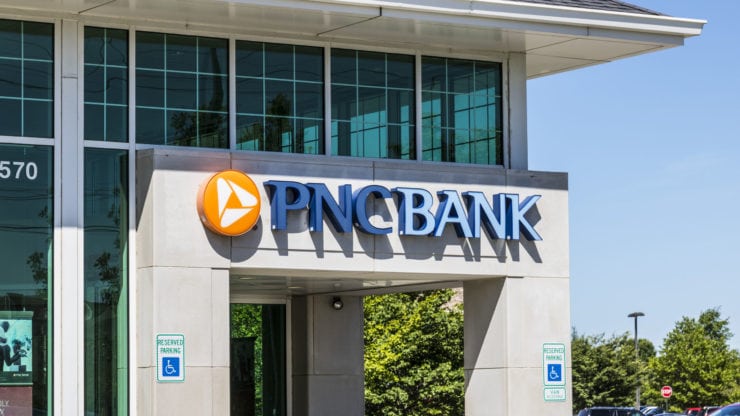 PNC Financial Services Group Inc. (NYSE: PNC) revealed an over 100% increase in its profit in the second quarter on Wednesday. The company attributed the increase to the sale of its stake in BlackRock Inc. for £3.40 billion. Goldman Sachs also published a hawkish earnings report on Wednesday.

Shares of the company opened 3% up on Wednesday but dropped 1.5% within an hour. At £81 per share, PNC Financial is currently more than 35% down year to date in the stock market after recovering from an even lower £64 per share in March when the impact of COVID-19 was at its peak. Learn more about how to choose winning stocks.

The Coronavirus pandemic that has so far infected more than 3 million people in the United States and caused a little under 150,000 deaths fuelled loan losses in the recent quarter. The U.S. regional bank announced to have set aside £1.95 billion in provisions on Wednesday. In the same quarter last year, its loan loss provisions were valued at a much lower £142.50 million.

On the basis of assets, PNC finds a place in the list of largest local U.S. lenders. Continuing operations amidst COVID-19, the bank said, resulted in a net loss of £589 million excluding the non-recurring gain. PNC diversified its executive leadership bringing two Black bankers onboard last week.

PNC’s discontinued operations, on the other hand, that accounted for the boost from the BlackRock sale resulted in a net income of £3.48 billion. The net income of the Pittsburgh-based bank attributed to common shareholders came in at £2.84 billion that translates to £6.65 per share, versus the year-ago figure of £1.04 billion or £2.28 a share.

In terms of revenue, the American financial services corporation registered £3.23 billion that came in line with the experts’ forecast for the second quarter but was reported 3.3% lower on a year over year basis.

Other prominent figures in PNC Financial’s earnings report on Wednesday include £2.0 billion of net interest income versus £1.98 billion in the comparable quarter of last year. Its non-interest income, however, dropped significantly from £1.36 billion last year to £1.23 billion in the recent quarter.

At the time of writing, PNC Financial Services is valued at £34.26 billion and has a price to earnings ratio of 9.49.