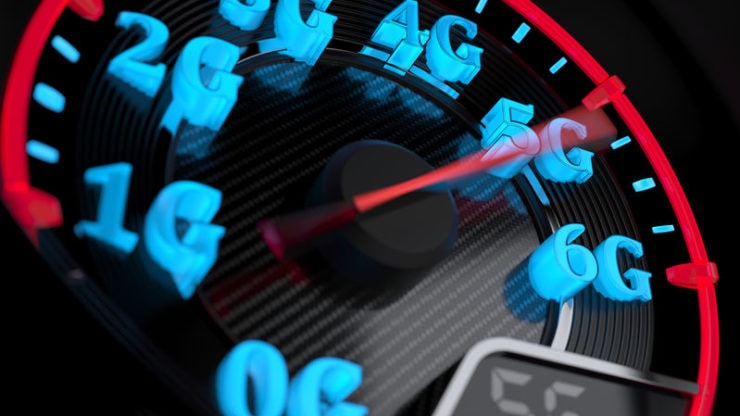 The UK delivered a much-anticipated decision yesterday to ban mobile carriers in the UK from purchasing Huawei 5G equipment after December 31. Huawei’s exit from the UK market will now provide more room to other major 5G players that are likely to benefit from the ongoing US-China trade war.

Oliver Dowden, Secretary of State for Digital, Culture, Media and Sport, said in the House of Commons that mobile carriers in the UK will be banned from purchasing Huawei 5G equipment after December 31. All carriers will have to get rid of all of Huawei’s 5G equipment from their networks by 2027.

The decision follows the imposed sanctions on Huawei by Trump’s administration. The US believes that Huawei represents a national security threat, an allegation denied by the Chinese company.

The Secretary said that the sanctions will delay the 5G launch in the country by a year. Moreover, the decision to ban Huawei equipment, together with earlier sanctions imposed against the Chinese tech giant, will cost the UK up to £2 billion. This includes a total delay to the 5G launch of two to three years.

5G technology will significantly improve internet speeds and increase the capacity for wireless devices, which represents a game-changer. The new cellular network technology is already available in a number of British cities, but the coverage is still not great.

“This has not been an easy decision, but it is the right one for the UK telecoms networks, for our national security and our economy, both now and indeed in the long run,” Dowden said.

The US restrictions against Huawei only cover 5G and other future equipment, and the government has been told that there’s no security-related reason to remove Huawei’s 2G, 3G and 4G equipment.

The Shenzhen-based tech company condemned the UK’s decision, arguing that it was “bad news for anyone in the UK with a mobile phone” and threatened to “move Britain into the digital slow lane, push up bills and deepen the digital divide.”

Liu Xiaoming, Ambassador of China to the United Kingdom, described the move as “disappointing and wrong”.

“The way you treat Huawei will be followed very closely by other Chinese businesses.”

Hua Chunying, the spokesperson of the Chinese Government, said China will take steps to protect the “legitimate interests” of Chinese companies.

“The UK side has used groundless risks as an excuse to co-operate with the United States… violating the relevant commitments made by the UK,” Ms Hua said.

On the other hand, President Donald Trump agreed with the UK’s decision.

“We convinced many countries, many countries – and I did this myself for the most part – not to use Huawei because we think it’s an unsafe security risk,” Trump said.

On the other hand, if the sanctions stand, it could affect Chinese investments in the UK.

“It goes against the UK tradition as the open liberal leader in free trade,” the founder and president of Center for China and Globalization said.

According to the UK government, the decision to ban Huawei equipment was based on recommendations of security chiefs who claim that they can no longer minimize the risks that Huawei equipment brings.

“[It] really pushes all the production and design and testing into China and makes it extremely difficult for anyone to see what is going on,” Robert Hannigan, the former president of Government Communications Headquarters,

It’s a public secret that Huawei has the most advanced 5G project in the world. As major players, such as the U.S. and UK, are making moves against the Chinese tech giant, others are allowed to catch up.

A piece of much-awaited news from the UK almost immediately translated into gains for Nokia (EPA: NOKIA). The Finnish tech firm witnessed its shares rise nearly 3% following the announcement before paring back gains to close the day 0.68% in the green.

Nokia is one of the preferred 5G partners for the United States. Both Nokia and Ericsson are named as clear frontrunners to replace Huawei in the UK.

“We have the capacity and expertise to replace all of the Huawei equipment in the UK’s networks at scale and speed,” Nokia CEO for the UK and Ireland Cormac Whelan said.

Nokia stock price trades at €3.74 in Helsinki, down 1.1% on the day. Shares of Nokia are trading 12% up in 2020. Nokia stock plunged last week on reports that it may lose Verizon, one of Nokia’s key clients.

Ericsson is considered to be at a more advanced development stage than Nokia. The Swedish mobile infrastructure provider is believed to already have nearly 100 5G contracts signed.

Their representative echoed statements of his Nokia counterpart.

“We stand ready to work with the UK operators to meet their timetable, with no disruption to customers,” said Arun Bansal, President of Europe and Latin America at Ericsson.

Shares of Ericsson hit a new 5-year high in June on the back of the new 5G contracts. Ericsson stock price is trading 3.6% higher this week.

Nec Corp. (TYO: 6701) is a dark-horse favourite to take a portion of Huawei’s lucrative contracts in the UK. NEC is working on the development of 5G infrastructure together with Nippon and Telephone. These two firms invested $560 million in NEC to help ramp up the development plans.

The tech firm is advocating for a new “horizontal” model that will see different equipment-providers provide different parts instead of the “vertical” mode. The latter is adopted by Huawei, Ericsson, and Nokia – who control over 80% of 5G market share – as they work to provide all necessary equipment in a single package.

The Japanese firm has seen its share price surge over 80% since the beginning of March. Nec stock price hit 5790 this month for the first time since July 2008.

After Johnson’s government banned mobile carriers in the UK from buying Huawei 5G equipment, other major providers of mobile infrastructure moved quickly to replace the Chinese tech giant. Shares of Nokia, Ericsson, and Nec raced higher in the anticipation of potential talks with the UK authorities.