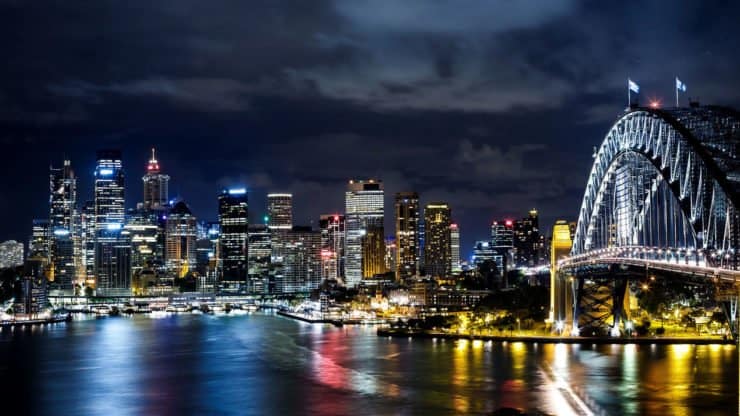 Written by:
Crispus Nyaga
16th July, 05:26
Are you looking for fast-news, hot-tips and market analysis? Sign-up for the Invezz newsletter, today.

The AUD/USD pair declined slightly as the rising coronavirus cases outweighed the strong economic data from the country. The pair is trading at 0.7000, which is below this week’s high 0.7035.

The AUD/USD reacted mildly after Australia released impressive jobs numbers. According to the statistics office, the country created more than 210,000 jobs in June as the country continued to reopen. This number was a surprise considering that the median forecast by analysts polled by Reuters was 112.5k. Also, it was the highest monthly gain in employment ever recorded.

In total, more than 280,000 people joined the labour force in June. Most of these jobs were part time, which is possibly because businesses were cautious about adding too much full-time employees. In total, the percentage of those employed in the country rose to 59.2%.

Meanwhile, hours worked increased by 4% in June but remained 6.8% below those worked in March. Further, the unemployment rate rose to 7.4% from the previous 7.1% while the participation rate rose to 64.0%. In a statement, the bureau said:

“The easing of COVID-19 restrictions in June saw an extra 280,000 people in the labour force, with more people in employment, and more actively looking and available for work.”

Another data from the Housing Industry Association showed that new home sales jumped by 87.2% in June after dropping by 4.2% in the previous month.

These numbers came a week after the RBA left rates unchanged. Also, they follow other impressive numbers like PMIs and retail sales from Australia.

The AUD/USD pair also ignored the impressive economic data from China. According to the country’s statistics office, the economy rebounded by 3.2% in the second quarter as the country continued to reopen. It rose by 11.5% on a QoQ basis. Similarly, fixed asset investments and industrial production fell by a slower rate in June.

These numbers are important because China is the most important country for Australia because it buys most of the country’s exports. Recent numbers put the figure at about 70%.

Indeed, data released this week showed that China imported record goods like coal and iron ore from Australia. Therefore, a fast-growing Chinese economy tends to be a good thing for the Australian economy.

The AUD/USD is therefore reacting to the rising number of coronavirus cases in the country. According to health officials, Victoria state confirmed 317 new cases, taking the total count to 4,750. The number of cases has also risen in Melbourne. As a result, the Australian government has sent thousands of troops to Melbourne to help deal with the pandemic.

However, on a positive side, companies are continuing to develop drugs and vaccines. In a statement yesterday, Moderna said that its initial trial of its vaccine had shown some progress.

The AUD/USD pair is little changed today as traders continue to weigh the rising number of coronavirus cases in Australia. The pair is trading at 0.7000. On the daily chart, the price is above the 50-day and 100-day exponential moving averages. Also, the Average True Range (ATR), which is an important measure of volatility, has dropped to the lowest level since March 6. Further, the pair seems to be forming an ascending triangle pattern. Therefore, since this triangle is usually a continuation pattern, the pair may continue rising.