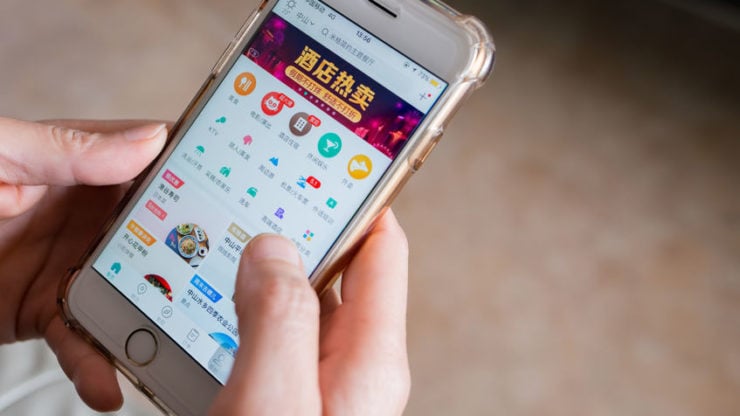 Written by:
Jinia Shawdagor
16th July, 13:24
Are you looking for fast-news, hot-tips and market analysis? Sign-up for the Invezz newsletter, today.

Tencent-back Meituan Dianping, a Chinese food delivery giant is set to begin testing China’s digital yuan. A report unveiled this news on July 15, noting that the firm has been in talks with a research wing of the People’s Bank of China (PBoC) on real-world applications for the bank’s Digital Currency Electronic Payment (DCEP). According to people familiar with the matter, the details of this partnership are yet to finalized.

Per the report, this move has seen Meituan join ride-hailing firm Didi Chuxing in exploring the real-world use cases of a digital yuan. Similar to Didi Chuxing, Meituan has daily transactions surpassing billions of dollars in sectors ranging from meal delivery to online travel services. Its participation has the potential to drive mass acceptance. As such, it would widen Beijing’s lead in government-backed virtual currencies. One of the unknown sources noted that PBoC is in discussions with Bilibili Inc., another Tencent-backed firm that streams videos.

Meituan refused to comment on this partnership. Bilibili also failed to respond to requests of comment. PBoC also had no immediate comment regarding the collaborative. Meituan was trading negatively before the news broke. However, it soon gained bullish momentum and registered 1.8% gains in the day.

PBoC’s decision to trial DCEP with Meituan comes at an opportune time. This is because consumers are increasingly opting to use digital currencies in response to the COVID-19 pandemic.

Meituan and Bilibili currently leverage payment systems from Tencent and Ant Group, an affiliate of Alibaba Group Holding Ltd. As such, they are fitting firms to help DCPE obtain a significant share of China’s £21.5 trillion payments sector.

Through introducing a digital yuan, the Chinese government stands a chance to control a large share of the world’s second-largest economy and its financial services space. Digital cash would also be quicker and easier to use compared to traditional currencies. It would also offer Chinese authorities a level of control that they can’t obtain with fiats.

China’s spearheads initiatives to help end the US financial dominance

While China’s digital yuan is likely years away from the national launch, China’s efforts have spurred concerns about ending the US financial dominance. For instance, China’s central bank led global peers in the creation of digital legal tender. The bank’s research efforts reportedly date as far back as 2014. The bank’s pilot program for its digital currency started just a few months ago. The initial trialling phase included only four cities.