Home » News » Stocks & shares » Domino’s says its same-store sales in the U.S. came in 16.1% higher in the second quarter

Domino’s says its same-store sales in the U.S. came in 16.1% higher in the second quarter 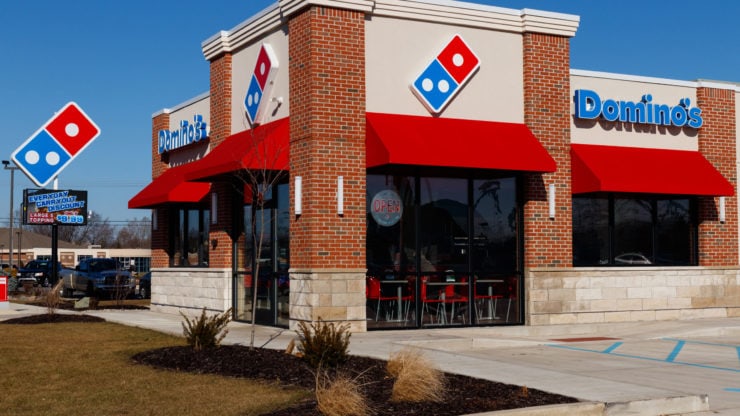 Domino’s Pizza (NYSE: DPZ) released its quarterly financial results on Thursday that highlighted a 16.1% increase in its second-quarter same-store sales in the United States. The company attributed the increase to COVID-19 that fuelled pizza home deliveries in recent months. In late May, Domino’s had noted a 14% increase in its U.S. comparable-store sales in the first 2 months of the second quarter.

Shares of the company were reported over 1% up in premarket trading on Thursday. At £331 per share, Domino’s is roughly 40% up year to date in the stock market. At the time of writing, the American multinational pizza restaurant chain has a market cap of £12.88 billion and a price to earnings ratio of 39.60. Earlier this week, Domino’s announced to have partnered with Vonage.

At £94.45 million, the pizza chain said that its net income in the second quarter came in significantly higher than £73.53 million in the same quarter last year. On a year over year basis, its net sales were reported 13.4% down in Q2.

While Domino’s U.S. comparable-store sales surged by 16.1%, its same-store sales internationally saw a much narrower 1.3% growth in the second quarter attributed to the Coronavirus pandemic that pushed the majority of its stores into temporary shutting down.

At the peak of COVID-19, Domino’s closed 2,400 of its locations in the international markets but said on Thursday that more than 1800 had been reopened for the public as of 8th July.

The Michigan-headquartered company announced to have opened 49 net new locations internationally and 39 in the United States. It also highlighted that CFO Jeff Lawrence has decided to retire and will be exiting the role as soon as the company finds a replacement.