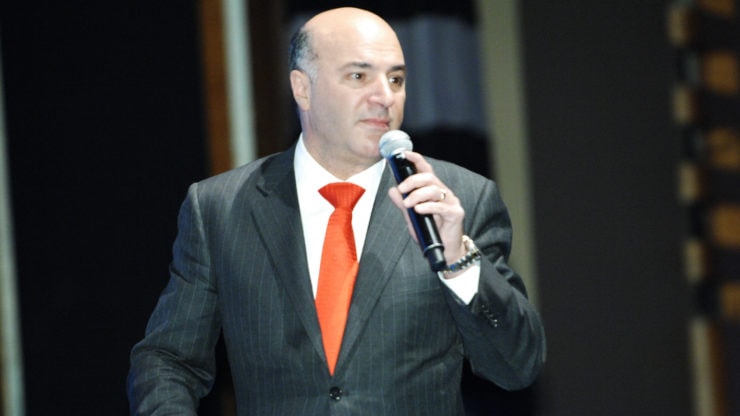 2020 has been a roller coaster for investors the world over. We’ve seen a complete standstill of the entire world over the past 6 months. A virus by the name of COVID-19 has made it almost impossible for businesses to run, and those that do are forced to obey safety measures far beyond the normal. The cost of investing, the mechanics of finances, and the struggle of money during 2020 is certainly a lesson for the history books.

Before the pandemic: A “Holy Grail” year

The last quarter of 2019 was one of the best of the last few years. The US Stock Market saw a 9.1% increase over the average 2.1% of a normal quarter. In the meantime, the US-China trade war, geopolitical concerns, interest-rate cuts by the Federal Reserve in previous months, all of these factors contributed to an interesting last 4 months of 2019. One of the people that saw the best numbers, and were later severely impacted in the first Q of 2020, was the small businesses owners, which overtook the CEOs in confidence by a serious margin.

The most profitable investments in 2020

Globally, 2019 was nicknamed “The Holy Grail” for stock markets, as it was one of those years in which every single investment worked in a way or another. Not necessarily in the UK, with the Brexit uncertainty having investors play a game of smokes and mirrors day in and day out, but in most other countries. Some of the most profitable markets for investors were financial services, the food industry, energy, automotive and medical equipment making. As shown by the graph above, most investing areas were up by at least 18%, with a few of the domains surpassing the 25% growth marker.

During the pandemic: financial hell

Everything people knew about investments changed during an unexpected but predicted global pandemic that implied a lockdown on most countries of the planet. What did investors do to keep their money as safe as possible during the crisis? Here’s what some of the most important money makers of the planet did to keep their assets as safe as possible.

One of those investors who are never pulling back from a provocation, Carl Icahn, focused on two things during the majority of 2020: hoarding on cash and exploring real estate, the salvation of the year in his eyes. The billionaire kept close with expert doctors on what was happening around the planet while holding off buying anything for the first half of the year.

The future, according to the 84-year-old investor, is way too unclear so that he could invest. Icahn worries about a resurgence of infections by the end of 2020, so he holds on to his money. Icahn also reviews real estate ops. The mogul says the sector will have the same journey as in 2008, when wagers paid off immensely when mortgage debt collapsed after the hardest economic downfall of the last decade.

A handful of investors have the same strong voice and logic ideas like Warren Buffett. According to the investing titan, there are great lessons that he’s got under his belt from the Great Recession that he’s applying to the current crisis. Buffett called the pandemic “a punch” to global markets back in March.

His tone stayed the same yet as the pandemic grew, his approach changed. What is this man doing then? He is staying loyal to liquidity and survival, giving his ‘08 expertise when he landed on some amazing opportunities with Goldman Sachs and General Electric, as well as his reputable age. In a storm the size of a global pandemic Buffett stays calm, as he predicted that “The Big One” was on its way and could’ve hit at any time. He was right…

Sharks are living through this pandemic the hard way, as the vastity of their “oceans” has been shrunk to the size of a swimming pool in the back of a mansion. TV superstar and investor Kevin O’Leary believes startups can benefit greatly while dealing with the coronavirus pandemic. “Equity crowdfunding” is the phrase the Shark Tank host uses in all of his media appearances lately.

O’Leary sees the pandemic as a great opportunity for viable business and their owners to raise capital. Why? Because “the environment is in shock right now”, which makes it prone to putting money where they should be put. Mr. Wonderful joined Los Angeles-based StartEngine equity crowdfunding platform, where over 235.000 investors search for their next big hit.

GDP of major nations during the pandemic

Over the last few months, major businesses and sectors have been struggling like never before. The situations might seem disastrous, and it is, yet there’s always a little light at the end of the economic tunnel. Why? Because there’s nobody there to turn it off.

Companies should limit the damage that is inevitably coming their way first. How? By thinking about long-term survival rather than how to make money now. By protecting their company, employees, clients, contractors, suppliers, and prioritising their needs rather than on returning immediately to shareholders. It can wait. Damage limitation is crucial during a pandemic. Governments also have to step in and help investors and companies with as much liquidity as possible, for the benefit of their own economy in the long run.

Since the beginning of the crisis the UK Government has stepped in and helped companies with their issues regarding the pandemic, large or small, as well as individuals unable to pay their monthly invoices. In March, the Chancellor of the Exchequer announced stimulus measures which were aimed at providing relief to large UK companies facing disruptions to their cash flows.

Another measure was The Coronavirus Business Interruption Loan Scheme (“CBILS”) which is a guarantee scheme for lenders provided by the British Business Bank. Its aim is to encourage lenders to continue to provide financing to viable UK SMEs during the coronavirus outbreak. These are just some of the measures imposed in the UK to help investors with damage limitation during the crisis.

The second wave of the pandemic

A new wave of coronavirus infections is slowly beginning to take pace. The unpredictability of the virus is what makes it so “lethal” to the economy. At the middle of June, after a slow incline, most indicators in London, Paris and Frankfurt fell 2% or more. Oil has gone down again, after a steady incline, while gold went up 0.2% to $1,732.2 an ounce the same day. A surge in cases all over the world is the first predictive event of a second wave of the pandemic. If this is the case, by autumn investors will have to deal with a second, possibly heftier disaster.

The COVID-19 crisis ended one of the most powerful economic expansions on record. The graph below shows the comparison between the 2008 recession and the 2020 coronavirus meltdown in terms of unemployment rate globally. The surge tops at 14.7%, the all time high since World War 2.

Learning from the 2008 Great Recession

In 2008, investors based their actions on one idea alone while trying to put the financial world on the move again: countries cannot fight a global crisis alone. 2020 started with a world as divided as ever, with economic conflicts between the US and China, Russia and even Europe, the Brexit materialisation and uncertainty, as well as a complete still down of the traveling industry.

In 2008, months before Lehman Bros. collapsed, two economists at the IMF talked about these shocks comparing them to an “epidemic in which an invisible virus infects many people and communities.” Now there’s a real pandemic, and the only way out of it is through unity. Global unity. Not using trade as a weapon but as a tool between countries. Strengthening the global sharing of goods and allowing all countries to come together.

What should you do, as an investor who’s been hit by the crisis? First off, evaluate the state of your enterprise on a weekly, if not biweekly basis. Knowing where you’re at is part of the power that you have, already limited, over this entire situation. Second, focus on keeping your employees paid, your suppliers paid, yourself paid, as now is not the time to think about profit. Third, even if you’re not up for it, plan for the future. Evaluate the situation and establish a goal for the next 6 months to a year from now. Having a fresh goal in mind will give you something to work on, freeing your mind from all of the negative aspects of the current situation.