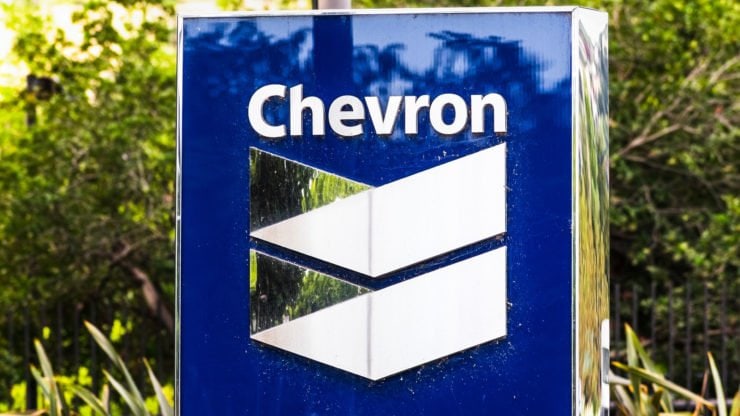 Chevron Corp (NYSE: CVX) announced plans of acquiring Noble Energy Inc. (NASDAQ: NBL) on Monday via an all-stock deal valued at £3.96 billion. With the agreement, the U.S. oil major hopes to expand its footprint in shale as lower oil prices made assets relatively cheaper in recent months as COVID-19 weighed on the global demand.

Shares of Chevron opened less than 1% down on Monday and tanked another 2% on market open. At £68.09 per share, The San Ramon-based oil company is roughly 30% down year to date in the stock market after recovering from a low of £42.93 per share in March. It is currently valued at £127.13 billion and has a price to earnings ratio of 42.59.

The announcement came over a year after Chevron pulled out of its bid for Anadarko Petroleum Corp, losing to a higher bid from Occidental Petroleum. Its deal with Noble Energy, however, marks the largest this year in the U.S. energy sector. Chevron released its first-quarter financial results in the first week of May.

The agreement will also bring Noble’s Leviathan field under Chevron’s umbrella. The flagship natural gas field is the largest in the Eastern Mediterranean. It started producing natural gas in the last quarter of 2019. Noble published its second-quarter update last week.

Including debt, Chevron’s bid values Noble at about £10.29 billion that translates to £8.22 per share and marks a 7.5% premium on the price at which Noble closed the regular session in the stock market on Friday.

Noble shareholders will get 0.12 shares of Chevron against each share of Noble that they hold and will have an about 3% ownership in the joint company. The deal is expected to result in £237.54 million of annual cost savings.

The agreement will boost Chevron’s earnings and free cash flow

Following the completion of the transaction, Chevron will have a much broader presence in the Permian Basin and the DJ Basin. The agreement, as per the American multinational energy corporation, will take one year before it starts to boost its earnings per share and free cash flow.

Noble Energy opened about 10% up on Monday but dropped roughly 3% on market open. At £8.12 per share, the company is currently 55% down year to date in the stock market after recovering from an even lower £2.39 per share in March. At the time of writing, the Houston-based hydrocarbon exploration company has a market cap of £3.90 billion.