United Airlines swings to a £1.29 billion loss in the second quarter 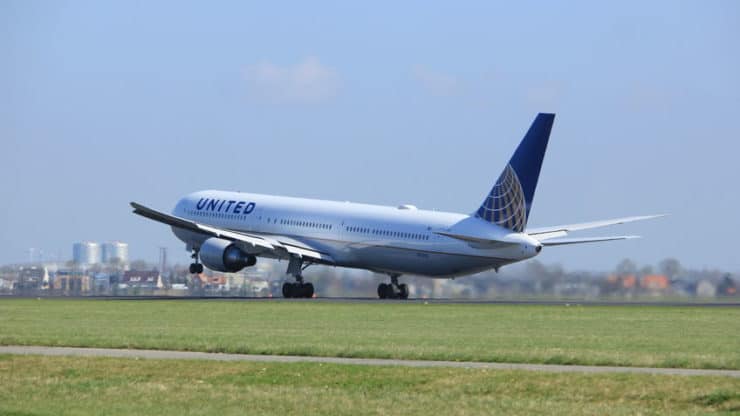 United Airlines (NASDAQ: UAL) announced to have swung to a £1.29 billion loss in the second quarter on Tuesday. The air carrier attributed its hawkish quarterly performance to the Coronavirus pandemic that brought demand for air travel to a near halt in recent months. In the same quarter last year, United Airlines had seen £830 million of profit.

Shares of the company jumped more than 1% in extended trading on Tuesday. The £7.60 billion company that has a price to earnings ratio of 8.97 is currently more than 60% down year to date in the stock market.

United’s loss translates to £7.36 per share (adjusted) versus £7.13 per share expected. The Chicago-based air carrier has raised over £12.65 billion since the onset of COVID-19 via debt and stock sale. On top of that, it also received financial support from the government. United now values its liquidity at over £14.23 billion.

On the revenue front, the U.S. airline posted an unparalleled 87% decline to £1.17 billion in Q2 versus the £9.01 billion in the comparable quarter of last year. Analysts had forecast the company to print an even lower £1.04 billion in revenue in the second quarter.

United said that its daily cash burn in the recent quarter stood at £31.62 million on average. In the third quarter, the company is committed to minimising its daily cash burn to £19.76 million. In a bid to shore up finances amidst COVID-19, the air carrier has idled many of its plans and slashed thousands of flights.

On a year over year basis, the airline expects its capacity to remain about 65% down in the third quarter. Much like its competitors, United is also urging employees to opt for buyout packages. Roughly 6,000 of its workers, it added, have so far volunteered for the package that promises pay through November.

United valued its payroll costs in the second quarter at £1.72 billion that translates to a 29% decline on an annualised basis. Its peer, Delta Air Lines, also reported a £4.57 billion of net loss in Q2 last week.

Other prominent figures in United’s earnings report on Tuesday included a 36% increase in revenue from its cargo business that made up 27% of its total quarterly revenue versus only 3% last year. The air carrier added over 4,800 cargo flights in the second quarter.