In his own words: Kodak CEO explains pharma deal 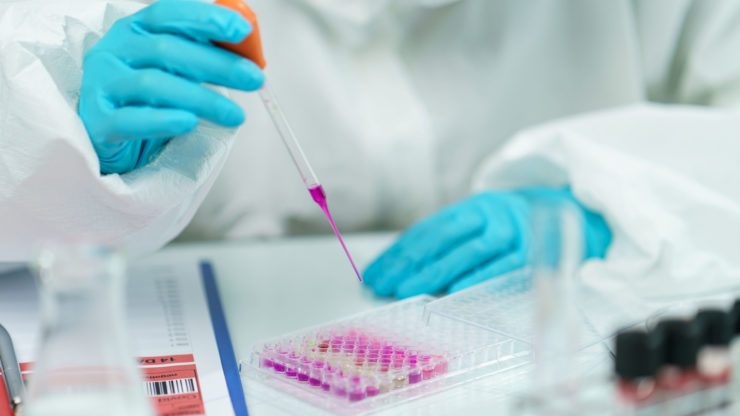 Shares of iconic camera maker Eastman Kodak (NASDAQ: KODK) skyrocketed higher Wednesday by more than 400% in reaction to a pharmaceutical deal with the U.S. government.

It is worth repeating that Kodak, the formally bankrupt camera maker that hasn’t been relevant in decades, received a $765 million loan from the U.S. federal government to create a new pharmaceutical ingredients company.

The Trump administration cited the Defense Production Act with the purpose of expediting U.S. production of key drugs. Doing so would ease reliance on China as a source for drugs amid worsening relations.

Traders and investors that got lucky with the stock prior to Wednesday’s surge may want to review this short term trading guide.

When the COVID-19 pandemic hit, Kodak wanted to take a look at its capabilities and assets to see how it can help, Kodak CEO James Continenza said on CNBC’s “Squawk Box.” The company first explored manufacturing hand sanitizers and face masks. But one of the company’s core competencies lies in the field of chemistry and management realized “it can do more.”

Talks between Kodak and the federal government date back a few months. The two sides have now “reached a path that makes a lot of sense to the American public.”

“Squawk Box” co-host Joe Kernan noted that there is a financial reason why the pharmaceutical company outsourced its production needs. This begs the question of how Kodak expects to reverse the trend and become profitable in a new venture. Kodak must pay back the federal government loan over a 25 year period.

Since Kodak already boasts tremendous expertise in chemical manufacturing, the company only needs to repurpose up to 40% of its buildings, he said. As such, there won’t be any notable upfront construction cost. The facility already has its own access to power, steam, waste recovery, rail system, among other important assets.

“Through continuous manufacturing and innovation, we feel that we can become very competitive,” he said.

New York Democratic Governor Andrew Cuomo, a known and harsh critic of the Trump administration, seems to have found common ground with the White House. He said in a statement that one of the “most pressing lessons” learned from the pandemic is “how much America needs to be better prepared for future public health emergencies.”

“The federal government should be doing just what they are doing today: Using the Defense Production Act to increase America’s manufacturing capacity to create new jobs and to keep America safe,” he said. “With this investment, Kodak will make necessary ingredients so our country can make our own medications. That’s so smart.”