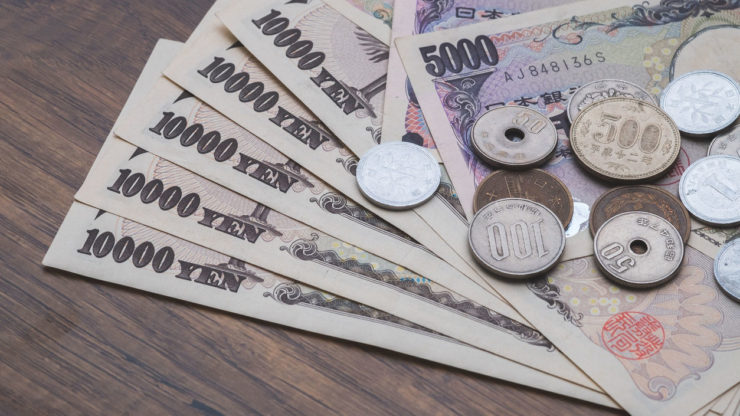 The USD/JPY pair declined to an intraday low of 104.15, which was its lowest level since March 12. The pair dropped as investors refocused on the strong economic data from Japan and the overall weak US dollar.

The USD/JPY pair declined after Japan’s statistics office released impressive industrial production data. The data showed that production at factories and mines increased by 2.7% to 80.8 in June. That was a better number than most analysts were expecting. It also sent a signal that the country’s economy had bottomed.

The increase was mostly because of a sudden increase in production by automakers like Toyota, Nissan, and Suzuki as international demand rose. Similarly, machinery manufacturers also saw an uptick in activities in June.

There was more good news for the Japanese economy. Household confidence spiked to 29.5 from the previous 28.4. Similarly, housing starts declined by 12.8%, which was slightly better than the 13.7% that analysts are expecting. Separately, construction orders declined by 13.4% in June.

Although these numbers are exciting, analysts warn that the Japanese economy will take a longer time to recover. For one, the number of coronavirus cases in the country is rising. Earlier today, health officials in Tokyo confirmed more than 400 new infections. Just yesterday, Hurohiko Kuroda warned that the country’s inflation will average -0.50% this year. That was more pessimistic since analysts were expecting it to remain at about 1%.

The USD/JPY pair is also falling because of the overall weaker US dollar. The US dollar index (DXY), which measures the currency performance against a basket of currencies, is down by more than 0.40%. It is trading at the lowest level since 2018. Today, the dollar is down by 0.40% against the euro, 0.30% against the Swedish krona, and 0.25% against the franc.

The dollar weakness is mostly because of the weak US economy. For example, data from the Bureau of Economic Analysis (BEA) showed that the US economy contractedby 32.9% in the second quarter. In comparison, the German economy contracted by 11% in the quarter while the Chinese economy rose by 5%. And, data released today showed that the Chinese economy is doing better in the third quarter. According to China Logistics, the manufacturing PMI rose to 51.1 from the previous 50.9.

The US dollar weakened even as Goldman Sachs analysts warned about the role of the currency as a reserve currency. The analysts said:

“Gold is the currency of last resort, particularly in an environment like the current one where governments are debasing their fiat currencies and pushing real interest rates to all-time lows. There are real concerns around the longevity of the U.S. dollar as a reserve currency.”

The USD/JPY pair is trading at 104.45. On the daily chart, we see that the pair has been in the red for the past seven consecutive days. Also, the price is below the 50-day and 100-day exponential moving averages. The RSI has dropped to the lowest level since March. Therefore, it seems like bears are in total control, which means that the pair is likely to continue falling as they attempt to move below 104.00.