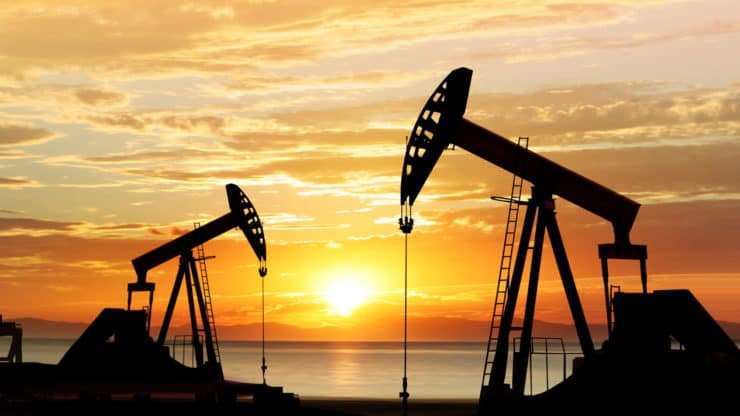 WPX Energy (NYSE: WPX) is a mid-size Oklahoma-based oil and gas company that reported an EPS beat in its second quarter results. On Friday, WPX Energy CEO Rick Muncrief returned to the financial media universe for his first CNBC interview in years.

The company also slowed down its activity, lowering its drilling rig count from 15 to nine.

While WPX Energy is responsible for taking six drilling rigs offline but this pales in comparison to the industry-wide total of 700 drilling rigs that are offline on a year-over-year basis. Meanwhile, the U.S. oil industry as a whole peaked at producing 13 million barrels a day and this should fall to around 10 million a day by the end of the year, the CEO said.

The fact is in a $50 a barrel oil world there won’t be much growth. The minimum price level to expect growth in oil production is somewhere in the $60 a barrel range or more.

One of the more notable concerns among WPX Energy investors is the possibility of its Dakota pipelines taken out of service and remaining offline. Under a worst-case scenario, the company would see a 50 cent per barrel deduction in revenue.

“While it’s an impact, it’s a fairly minor impact the way we look at it,” he said.

There are simply too many oil and gas companies in the U.S. and WPX Energy has been an advocate for industry consolidation, he said. The company has been active in M&A deals, having acquired two additional companies after expanding to the Permian Basin in 2015.

WPX Energy is in a position of strength to be “selective” in what companies it acquires and when. But it is difficult to work on a deal and find an ideal fit as an acquisition needs to support WPX Energy’s balance sheet, provide future liquidity, and fit within a unique strategic framework.

“We do have a high bar but we do think there will be some opportunities for companies if they are very thoughtful to make some nice transactions,” he said.