Senior’s revenue tanks 30% in the fiscal first half 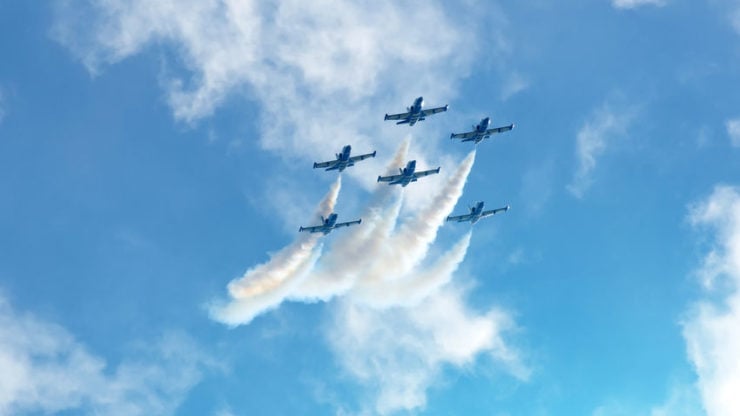 Senior plc (LON: SNR) revealed to have swung to a net loss in the first half (H1) of the ongoing financial year on Monday. The company attributed the decline to the Coronavirus pandemic that weighed on demand in recent months. It also added the Boeing 737 MAX grounding had a significant impact on its financial performance.

Senior is a prominent supplier for Boeing and heavy equipment manufacturer, Caterpillar. Its board decided in favour of suspending dividend pay-out for the period on Monday. The company had slashed its workforce by another 12% in July to shore up finances amidst the pandemic.

Shares of the company opened more than 2% down on Monday and tanked another 10% in the next hour. At 46 pence per share, Senior plc is currently about 75% down year to date in the stock market. Learn more about why prices rise and fall in the stock market.

At £136.3 million, the engineering-solutions provider said on Monday that its pre-tax loss in the first half came in significantly weaker than £26.5 million of profit in the same period last year. Senior cited an impairment of £110.5 million attributed to its aerospace-structures segment in the first six months of the fiscal year that negatively affected its earnings.

In terms of revenue, the Rickmansworth-based company registered a 30% decline to £409 million in H1. According to CEO David Squires, the outbreak of the novel flu-like virus is expected to weigh Senior’s performance for some time. Senior had previously reported dovish sales for Q2.

“The restructuring program, which we launched in November 2019, has progressed in line with plans. Whilst we are doing everything possible to sustain jobs, regrettably, we have had to extend and broaden the scope of the restructuring in response to the impact of COVID-19 on our business”.

The British holding company also highlighted on Monday that the rising Coronavirus uncertainty makes it difficult for it to give meaningful guidance for the full year at this time. For the second half, Senior hinted that trading was likely to remain under pressure.

Senior’s performance was also slightly downbeat in the stock market last year with an annual decline of roughly 3%. At the time of writing, the British manufacturing and engineering firm has a market cap of £193.40 million and a price to earnings ratio of 6.58.