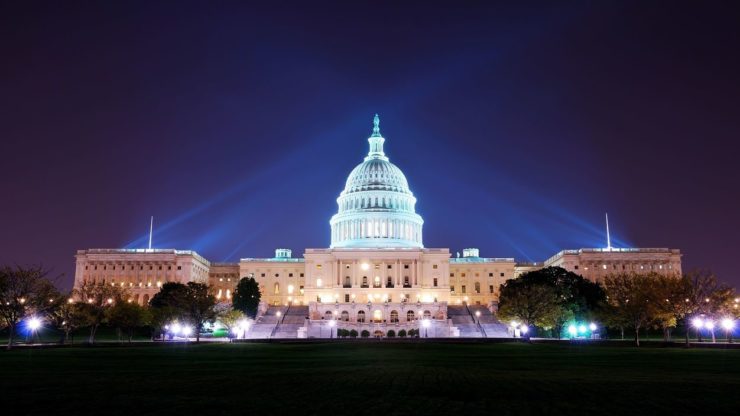 The US dollar index (DXY) climbed for the third straight day as focus remained on Washington. The index is trading at 93.75, which is a few pips below yesterday’s high of 94.00. At the same time, the EUR/USD pair has dropped from Friday’s high of 1.1907 to the current 1.1730.

The US dollar has been under pressure in recent weeks as focus remains solidly on the state of the EU economy as the number of coronavirus cases have risen. As a result, the currency has dropped by more than 4% in the past three months. And, it has recently had its worst July in almost a decade.

A key reason for the decline has been divisions in Washington about a new spending package. In recent weeks, Republicans and Democrats have differed on how a new $1 trillion stimulus would be structured.

On the one hand, Republicans have suggested slashing the $600 a week unemployment insurance to $200. Their goal is to put more pressure on recipients to go back to work. On the other hand, Democrats want the $600 to continue in their $3.5 trillion package.

According to media reports, there is a glimmer of hope that the two sides are close to a deal. In a statement yesterday, Nancy Pelosi said that she was ready to tie the insurance funding to the overall unemployment rate. A challenge for the two sides is that even if they reach a deal this week, it would take days for the house and senate to pass it

These talks are continuing two weeks after EU leaders agreed to a $860 billion spending package to help countries fund their recovery.

The US dollar index is also reacting to encouraging economic data from the US. According to Redbook Research, the sales-weighted same-store sales declined by 7.1% in June, which was better than the previous decline of 8.7%. The number has been in the red since March this year. On a MoM basis, the sales expanded by 1.1%.

Another data by the Bureau of Economic Analysis (BEA) showed that the total car sales in the US rose to 3.5 million in July. That was a better number than the previous 2.97 million. In the same month, total truck sales rose to 11.02 million from the previous 10 million.

Meanwhile, data by the Commerce Department showed that factory orders rose by 6.2%in June after rising by 7.7% in the previous month. In the same month, durable goods excluding defence rose by 9.5%.These numbers came a day after Markit and ISM released encouraging manufacturing PMI data.

The four-hour chart shows that the US dollar index has been attempting to make a comeback. The index is now trading at 93.75, which is above the July’s low of 92.54. On the four-hour chart, the price is along the 50-day exponential moving average and below the 100-day EMA. The price is also below the descending trend line that is shown in red. At this point, the outlook for the DXY is neutral because a well-defined upward trend has not yet formed.