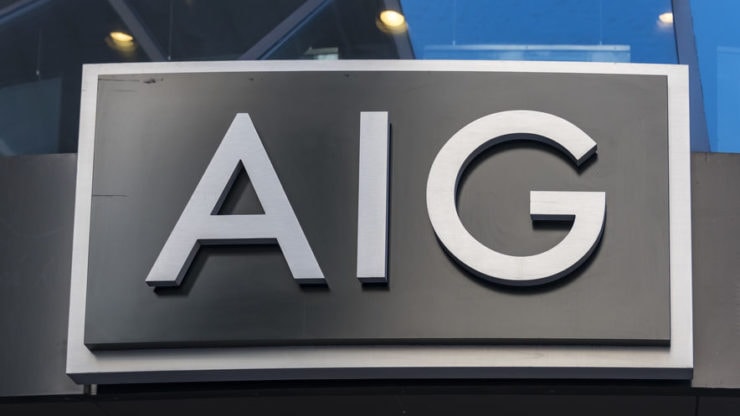 American International Group (NYSE: AIG) published its quarterly financial results on Monday that highlighted its adjusted earnings to have tanked by a massive 56%. The company attributed the decline to lower private-equity returns and higher catastrophe losses in the fiscal second quarter.

Shares of the company tanked about 3% in extended trading on Monday. At £24 per share, American International Group is roughly 40% down year to date in the stock market after recovering from an even lower £14.41 per share in March when the impact of COVID-19 was at its peak. Previously, AIG had seen a 93% decline in profit in Q1.

On an adjusted basis, AIG’s income (after tax) attributable to common shareholders declined in the second quarter to £438 million as compared to £1.0 billion in the same quarter last year. Its British peer, Direct Line, also announced stronger than expected profit for the first half on Tuesday.

Excluding items, its profit in Q2 came in at 50.64 pence a share versus the year-ago figure of £1.10 per share. According to FactSet, experts had forecast the company to see 38.36 pence of earnings per share in the recent quarter. As per a report last week, AIG will pay $20 million to settle SEC probe.

Overall, American International Group concluded its fiscal Q2 with £6.09 billion of loss that was significantly lower than £840 million of profit in the comparable quarter of last year. On 2nd June, AIG announced to have offloaded its 76.6% stake in Fortitude.

The insurer also highlighted the Coronavirus pandemic to have weighed on its travel insurance business. In terms of net investment income (adjusted), AIG reported £2.46 billion that represents a £412 million of decline on an annualised basis.

The general insurance business recorded a 2% decline in its gross written premiums to £6.50 billion. Its life and retirement segment, on the other hand, noted an adjusted pre-tax income of £676 million versus £770 million last year.

American International Group performed fairly upbeat in the stock market last year with an annual gain of roughly 30%. At the time of writing, the NY-based insurance company has a market capitalisation of £21.24 billion and a price to earnings ratio of 6.46.