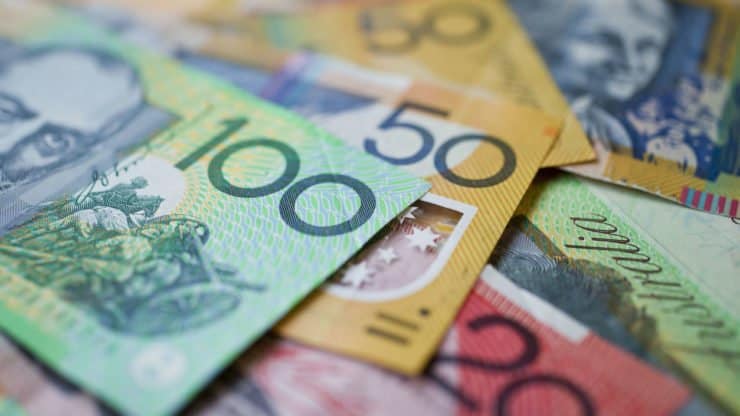 The AUD/USD pair sparked higher after impressive data from Australia. The pair is trading at 0.7185, which is slightly above Monday’s low of 0.7065. It is also slightly below last month’s high of 0.7225.

The AUD/USD pair has been among the best-performing pairs in recent months. The pair has climbed by more than 24% after bottoming at 0.5500 in March this year. In contrast, the New Zealand dollar has climbed by about 17% while the Norwegian krone has jumped by 23%.

The Australian dollar has climbed for three primary reasons. First, Australia was among the first countries to start to reopen after the lockdowns that were announced in March and April.

Third, the AUD/USD pair has climbed because of the overall dollar weakness. In the past three months, the dollar index has dropped by more than 10%.

Today, the pair is rising after a data from Markit and Commonwealth Bank showed that the services sector rebounded in July. The services PMI came in at 58.2, which is the highest number this year. Analysts polled by Reuters were expecting the index to rise to 58.5.

According to the researchers, the rise in the PMI was mostly because of a sharp rise in demand. Indeed, the volume of order books rose to the highest rate in three years. Input prices continued to rise while business outlook for the rest of the year remained positive.

Still, the biggest risk for the AUD/USD and the Australian economy is that the number of cases has started to rise in Victoria and Melbourne. This increase has forced the government to close the border to Victoria, a state that is responsible for 24% of the GDP.

The data also came a day after the RBA delivered its rate decision. In its verdict, the bank left rates unchanged and said that it would buy more government bonds in order to manage the 3-year yield. The bank expects the economy will shrink by 6% this year as unemployment rate climbs to 10%. The Australian manufacturing PMI released on Monday showed significant improvement.

Meanwhile, in China, the services PMI eased from the previous 58.4 to 54.1. New busines in China rose sharply as business confidence rose to the highest level in five years. The report said:

“The Caixin China General Services Business Activity Index came in at 54.1 in July, down from a 10-year high of 58.4 the previous month. It remained in expansionary territory, pointing to a continued rapid recovery of the services sector.”

The AUD/USD pair has been in an upward trend since March. It is trading at 0.7188, which is slightly below last month’s high of 0.7224. On the daily chart, it is also above the ascending trend line that is shown in green. Also, it is above the important support of 0.7065 and the 50-day and 100-day EMA. The RSI is slightly below the overbought level of 70. Therefore, the pair is likely to continue as bulls target moves above 0.7200.