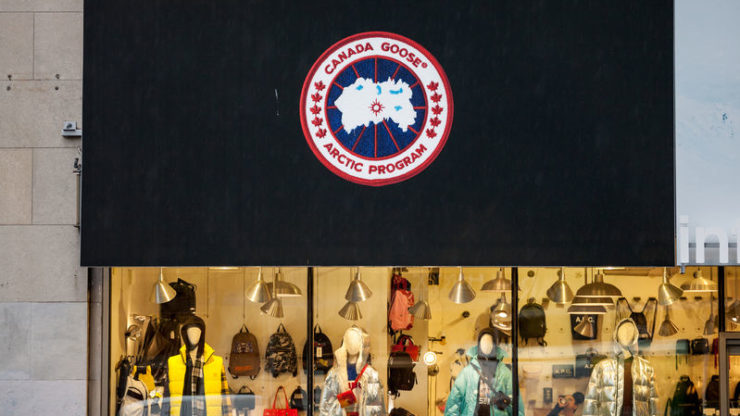 Canada Goose Holdings Inc. (TSE: GOOS) was under pressure in premarket trading on Tuesday as the company revealed its loss to have widened in the fiscal first quarter. The quarterly earnings report on Tuesday also highlighted its revenue to have tanked sharply. Its competitor, Moncler, also reported in late July to have swung to a loss in Q2.

Shares of the company opened roughly 9% down on Tuesday. The stock, however, regained over 50% of its intraday decline in the next few hours. At £18.30 per share, Canada Goose is currently trading more than 50% up as compared to its year to date low of £11.93 per share in March. Excited about investing in the stock market and becoming a trader? Here’s how you can buy shares in 2020.

On an adjusted basis, the Canadian holding company said its per-share loss came in at 26.70 pence in the first quarter. In terms of revenue, it printed £14.99 million versus the year-ago figure of £40.84 million.

According to FactSet, experts had forecast the company to print £11.78 million in revenue in the recent quarter. Their estimate for loss per share was at 24.13 pence.

In its financial report on Tuesday, the winter clothing manufacturer said that it generated £5.97 million of sales from direct-to-consumer as compared to £19.99 million in the same quarter last year. Canada Goose attributed the decline to the Coronavirus pandemic that pushed its stores into temporarily shutting down in recent months or slashing store hours.

According to Canada goose:

“New openings this year will be concentrated in Mainland China, where the recovery of traffic remains ahead of other markets. With international tourism now heavily constrained, serving the world’s largest luxury consumer base at home is increasingly crucial.”

The Toronto-based company also cited COVID-19 uncertainty as it refrained from giving its financial guidance for the full year. In the fiscal second quarter, it added, it anticipates performance to remain under pressure. Originally, it had estimated a $29.64 million hit to its revenue in fiscal 2020 due to the virus outbreak.

At the time of writing, Canada Goose is valued at £2.0 billion and has a price to earnings ratio of 23.19.