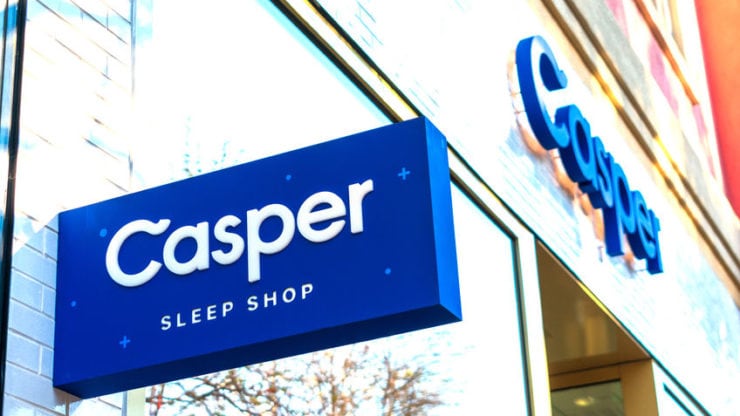 Casper Sleep Inc. (NYSE: CSPR) said on Tuesday that its loss came in lower than expected in the fiscal second quarter. The company reopened its stores for the public in recent weeks after months of inactivity due to the Coronavirus pandemic that has so far infected more than 5 million people in the United States and caused over 166,000 deaths. Consequently, it said, its revenue showed signs of recovery.

Casper Sleep recorded £18.47 million of net quarterly loss that translates to 46.55 pence per share. In the same quarter last year, it had recorded £20.53 million of loss or £1.95 per share. In terms of revenue, the mattress manufacturing company reported £84.09 million in the second quarter that marks a 15.7% growth on a year over year basis.

According to FactSet, experts had forecast the company to print a lower £79.97 million in revenue in the recent quarter. Their estimate for loss per share was capped at 58 pence. In separate news from the United States, Occidental Petroleum also reported to have concluded its second quarter in loss on Monday.

The New York-based company also highlighted in its report on Tuesday that its revenue from Direct-to-consumer registered at £61.81 million in Q2 that marks a 5% annualised growth. Its revenue from retail partnership, on the other hand, surged by a massive 61.1% in the second quarter to £22.28 million.

The Coronavirus pandemic pushed Casper Sleep into temporarily closing its stores on 17th March. Its started reopening its stores for the public on 14th May as several states began easing COVID-19 restrictions. As of 30th June, the mattress company said, it has reopened 57 of its countrywide stores out of a total of 59 with varying levels of service.

Casper Sleep launched its Initial Public Offering (IPO) earlier this year in February before the health crisis halted the IPO market in the U.S. in subsequent months. It debuted on the New York Stock Exchange on 6th February when its shares were priced at £10.30. Learn more about the basics of an IPO.

The stock plummeted to £2.43 per share in March due to COVID-19 restrictions. At £7.31 per share currently, Casper Sleep has recovered roughly 200% in the past five months. At the time of writing, it has a market cap of £380 million.