TUI swings to a massive £1.28 billion loss due to COVID-19 restrictions 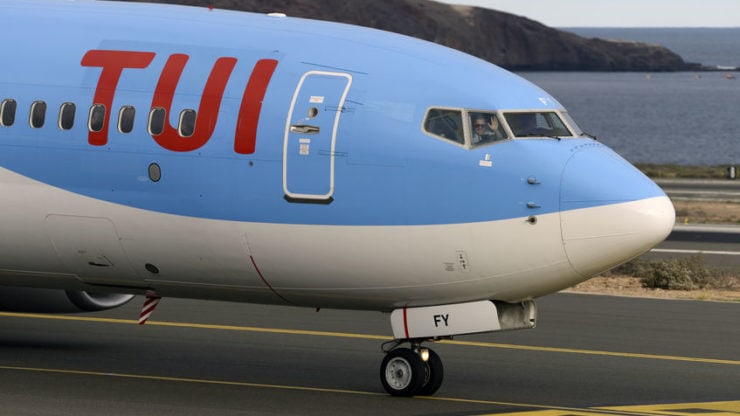 TUI AG (ETR: TUI1) revealed to have concluded its fiscal third quarter with a massive loss on Thursday due to the Coronavirus pandemic that curbed travelling in recent months. The health crisis has so far infected more than 20 million people worldwide and caused a little under 0.75 million deaths.

Shares of the company opened about 1% down on Thursday and tanked another 3% in the next hour. TUI is currently trading at £3.50 per share. The stock had plummeted to £2.65 per share earlier this year in May.

In the three months that concluded on 30th June, TUI said that its net loss came in at £1.28 billion as compared to £20.63 million of profit in the same quarter last year. The world’s largest tourism company valued its turnover in the recent quarter at £64.96 million versus £4.30 billion in the comparable quarter of 2019.

According to FactSet, experts had forecast the company to print £758 million of turnover in the third quarter. On a year over year basis, TUI said, bookings are about 81% lower this summer, and average selling price is down by roughly 10%.

The Anglo-German multinational also highlighted that its underlying loss before interest and taxes stood at £1.0 billion in the fiscal Q3. The company blamed COVID-19 for its dovish performance that kept its business suspended in recent months and triggered impairments. Ineffective hedging contracts, it added, also fuelled net costs in the third quarter.

TUI inks a £1.09 billion deal with the German government

The operator of cruises, airlines, and hotels secured a deal with the German government on Wednesday for a stabilisation package worth £1.09 billion. For the term of the agreement, it informed on Thursday, its share repurchase programme and dividend payments will remain restricted.

The aid will also require TUI to limit its investments and may affect salaries or bonuses of the board members as well. The Hanover-based company saw a 15% intraday decline on 27th July in the stock market as the United Kingdom announced a two-week quarantine for all non-essential travel to Spain.

To shore up finances, TUI is now considering either offloading a part of its business or a rights issue. Tui performed downbeat in the stock market last year with an annual decline of about 8%. At the time of writing, the travel and tourism firm has a market cap of £2.14 billion.