Comptroller of the Currency: Crypto phenomenon cannot be ignored 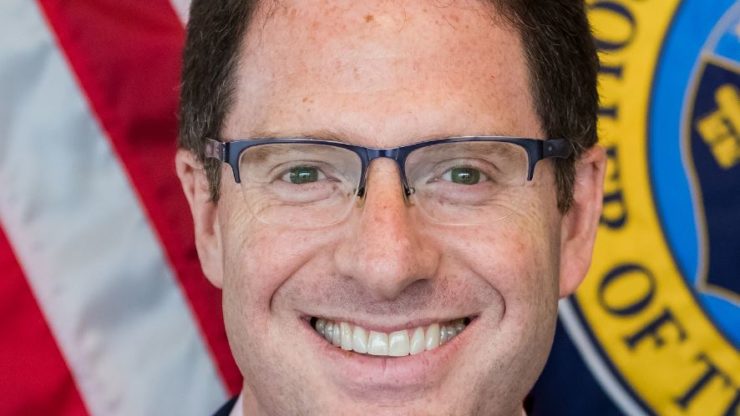 Cryptocurrency phenomenon is growing around the world, and while the US resisted for much longer than anyone would have expected, it started joining the trend, as well. The biggest evidence of this was the recent decision to allow US banks to offer crypto custody service.

Now, the US Comptroller of the Currency, Brian Brooks, confirmed as much, himself. He stated that the ‘crypto phenomenon cannot be ignored,’ thus further confirming that the crypto trend is, now officially, taking over the US.

Brooks, who is also Coinbase’s former Chief Legal Officer, now acts as Comptroller of the Currency for the US Government. Recently, he spoke with CNN about the issues that Americans are facing when it comes to receiving their stimulus checks.

According to Brooks, people now depend on the banking system more than ever. The government promised stimulus checks in order to help US citizens survive the on-going COVID-19 pandemic. However, the problem is that the methods of delivering money are extremely outdated.

Brooks himself called them a ’19th-century banking rails,’ noting complaints that many have made, saying that it took days, or even weeks to receive their payments.

Brooks then noted that there is a much better way to deliver the money to people who desperately need it. The technology for it exists, and there is no longer a need to use a banking system that was barely improved in the past 30 years.

Blockchain has changed the financial industry, and it continues to do so. Millions of payments are still being processed by firms such as Square and PayPal, but even this technology pales in comparison to instant payments conducted via blockchain.

Brooks noted that the banks need to include technologies that are already used in other parts of the world.

As someone whose job is to identify innovation that could improve the current systems and solve inefficiencies, he noted that the crypto phenomenon is one that definitely cannot be ignored. Especially since there are at least 50 million Americans in the world who already hold and use cryptos on a daily basis.