DXY: Here’s why the US dollar index has sparked higher today 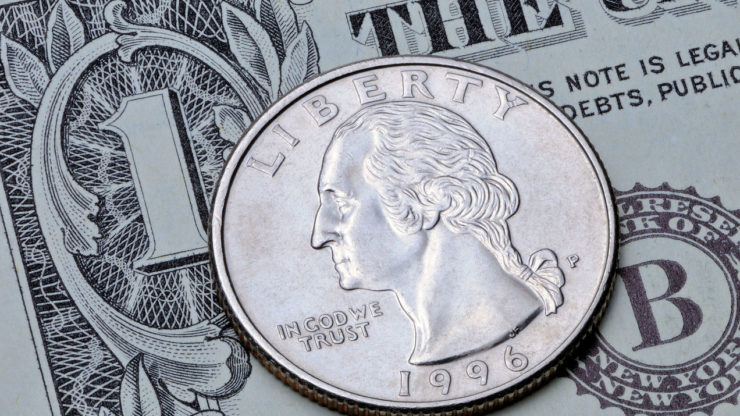 US dollar rises after disappointing data from Europe

The US dollar index is a benchmark that measures the performance of the greenback against a basket of currencies. Today, the dollar has gained by 0.84% against the British pound, 0.10% against the Japanese yen, 1.08% against the Swedish krona, and 0.52% against the Swiss franc.

As a result, business activity has started to weaken in Europe. Earlier today, data from Markit showed that manufacturing, services, and composite PMI declined to 51.7, 50.1, and 51.6 in August, respectively. That was worse than the 52.9, 54.5, and 54.9 that analysts were expecting.

The same trend is happening in other countries. For example, in Australia, the manufacturing PMI declined from 54.0 in July to 53.9 in August. In Japan, the PMI rose from 45.2 to 46.6, meaning that companies are still struggling. All these factors have contributed to the day’s gain of the US dollar index.

Impressive data from the US

While other countries reported weak data, the US reported impressive economic numbers. According to Markit, manufacturing PMI increased from 50.9 in July to 53.6 in August. That improvement was better than the 51.0 that analysts were expecting. The services PMI increased from 50.0 to 54.8 while the composite PMI rose to 54.8 from 50.3. In a commentary, Sian Jones said:

“August data pointed to a further improvement in business conditions across the private sector as client demand picked up among both manufacturers and service providers. Notably, the renewed increase in sales among service sector firms was welcome news following five months of declines.”

The US dollar index also rose because of impressive home sales numbers from the US. The data showed that existing home sales increased from 4.70 million in June to more than 5.86 million in August. That was higher than the 5.38 million that analysts were hoping for. It was a 24.7% increase from the previous month and was mostly because of low interest rates.

The daily chart below shows that the US dollar index has been in a strong downward trend since peaking at 102.95 in March this year. The index seems to have found a strong support after it reached a low of $92.26 this week. Still, it is below the 23.6% Fibonacci retracement level and is also slightly below the 50-day and 100-day EMAs.

Therefore, I suspect that the pair will continue rising as bulls aim for the next resistance at $93.00. Still, it is possible that today’s rally is a dead cat bounce, which means that the price will resume the downward trend.