Home » News » Forex » USD/MXN: Here’s why the peso has been in an upward trend against the dollar

USD/MXN: Here’s why the peso has been in an upward trend against the dollar 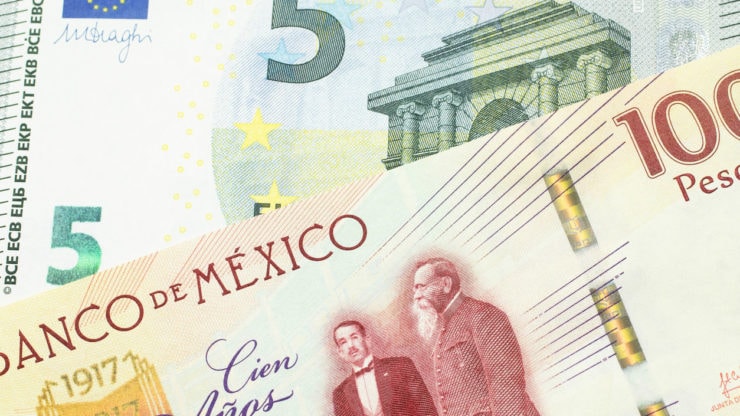 The USD/MXN pair is little changed today as investors wait for the upcoming Jackson Hole summit in Wyoming. The pair is trading at 21.9612, which is in the same range it has been in the past five days. Still, the Mexican peso has been relatively stronger than the US dollar in the past few months. For example, it has gained by more than 2% in the past three months and by 1.50% in the past 30 days.

The USD/MXN pair has been under pressure, partly because of the increased inflows to Mexico. According to the Mexican president, remittances from foreign markets are expected to reach $40 billion this year, a record. That will be $6 billion higher than the $34 billion that Mexicans living abroad sent to the country.

According to the Washington Post, remittances to Mexico increased to $19.1 billion in the first half of the year. That was higher than $17.3 billion a year earlier. The boost in remittances defies logic since most of the Mexicans who send money home are struggling because of the pandemic. Indeed, in a report released in April this year, the World Bank predicted that global remittances would fall by 20% this year.

Remittances are incredibly important for Mexico. For one, the $40 billion the country receives helps to support more than 10 million families every year. Also, they are an important source of foreign exchange. Most importantly, they are about 3% the size of the economy.

The USD/MXN pair has also been under pressure because of higher crude oil prices. As we have written before, the Mexican peso is one of the major crude oil currenciesbecause of the amount of crude oil the country produces.

Fortunately, crude oil prices have been relatively stable in the past few months. After dropping to negative territory in April, the price of West Texas Intermediate (WTI) has risen to more than $40. Similarly, Brent crude oil has risen from a YTD low of $16 to the current $44.

Another reason why the USD/MXN pair has been under pressure is the ongoing campaign period in the United States. Recent data shows that Joe Biden has an edge against Donald Trump. Biden is seen to be favourable for the Mexican peso because of his pro-migrants and globalist policies. Finally, a weaker US dollar has also contributed to the strength of the Mexican peso.

The USD/MXN pair is trading at 21.9612. On the daily chart, the price is at the lowest it has been since July this year. It is also slightly below the 50% Fibonacci retracement level. Also, it is lower than the 50-day and 100-day exponential moving averages. It is also forming a descending triangle pattern. Therefore, the pair is likely to continue falling as bears aim for the next support level at 21.4800.