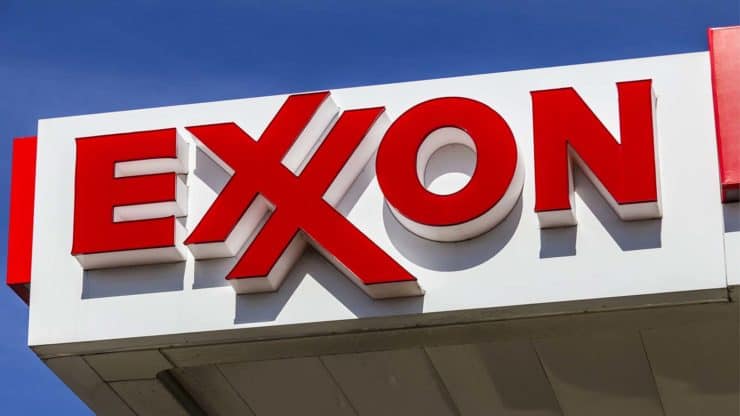 It wasn’t too long ago energy giant Exxon Mobil Corporation (NYSE: XOM) was the largest U.S. company. Today, it is not only a fraction of the size of tech behemoths but no longer considered worthy to be included in the prestigious Dow Jones Industrial Average index.

When Exxon was a giant

Exxon was valued at $415 billion in 2013, giving it the title of the most valuable U.S. listed company. Fast forward to today and the company is worth around $175 billion, or roughly one-eleventh the size of Apple Inc. (NASDAQ: AAPL).

The same trend played out across the broader index. Energy is by far the least influential group among the 11 industries represented in the larger S&P 500 index, The Wall Street Journal reported. At its peak, the group represented 12% of the index but now it is less than 2.5%.

Granted, Exxon’s removal from the index is largely symbolic and it isn’t the first company with a rich history to get kicked out. General Electric Company (NYSE: GE) was one of the original inclusions in the Dow index until it was removed in 2018.

Energy stocks have been hard hit in 2020, especially Exxon. Shares kicked off 2020 just above $70 per share and hit a multi-year low of $30.11 during the peak of the March selloff. It is now trading just above the $40 per share level.

Contrarian investors are likely salivating at the prospect of buying Exxon, especially as the stock could see even more weakness as more investors digest its ceremonial removal from the index.

Perhaps Matt Hanna, a portfolio manager at Summit Global Investments, put it best. He told WSJ that the Exxon’s of the world are “complex” companies and “not as interesting” to many investors. At a time when the world is accelerating a transition away from oil, it is questionable why investors would want exposure to oil.

Granted, this is a process that could take decades. But the near-term picture for Exxon is perhaps equally bearish.

“It’s very difficult for Exxon to really grow when you have low economic growth, muted commodity prices and we’re going to be transitioning away from that main line of business into something else,” Hanna also told WSJ.

Meanwhile, the “smart money” seems to be avoiding energy stocks. A BofA Global Fund Manager Survey found fund managers are underweight energy stocks the most of any sector, according to WSJ.

This shouldn’t come as a surprise as the company reported two consecutive quarters of losses for the first time in more than two decades.

It goes without saying that Exxon disagrees with the bearish sentiment. The company told WSJ in a statement its portfolio of energy assets is the “strongest it has been in more than decades” and the company is focused on “creating shareholder value by responsibly meeting the world’s energy needs.”