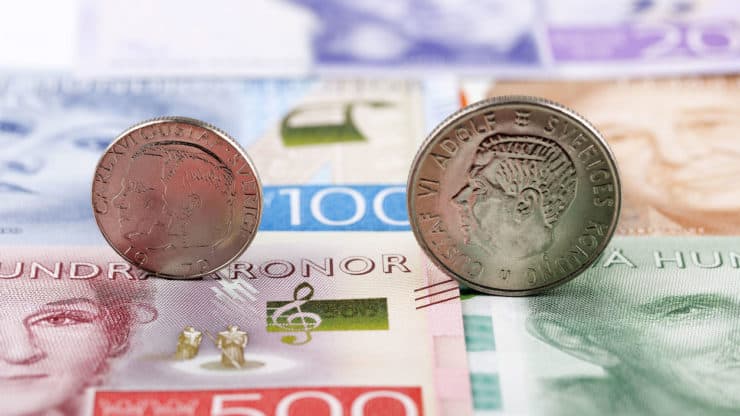 The USD/SEK pair declined slightly as investors reacted to relatively strong confidence and retail sales data from Sweden. The pair is trading at 8.7098, which is lower than the intraday high of 8.7360.

“Consumer confidence improved somewhat in August but is still much weaker than normal. The change was due primarily to consumers being less pessimistic about the Swedish economy in the coming year and to their view of their own finances having normalised.”

At the same time, the Economic Tendency Indicator rose for the fourth straight month to 87.0. According to NIER, this growth was mostly because of companies in the services sector, which increased by 6.3 points to 79.6. Confidence in the retail sector increased to 98.3, as the country continues to reopen.

The USD/SEK reacted mildly to the strong retail sales numbers from Sweden. According to the bureau of statistics, retail sales jumped by 4.8% in July compared to the same month in 2019. This increase was better than the 1.2% growth recorded in the United States in July. The sales were also better than the EU’s increase of 1.3%.

Retail sales in durables increased by 7.0% while consumables were unchanged. The consumables figure excludes Systembolaget, which is a liquor store brand owned by the government.

According to the bureau, turnover in retail trade measured by current prices rose by 6.6% on a year-on-year basis in July. Durables and consumables increased by 8.8% and 2.0%, respectively.

The USD/SEK pair is trading at 8.7098, which is substantially lower than this year’s high of 10.4845. On the daily chart, the price seems to have found a lot of resistance as shown by the green rectangle pattern. It is also below the 50-day and 100-day exponential moving averages. The Average True Range, which is an important measure of volatility, has declined to the lowest level since March 2. Therefore, the outlook for the USD/SEK is neutral, with the key support and resistance levels to watch being 8.600 and 8.8145.