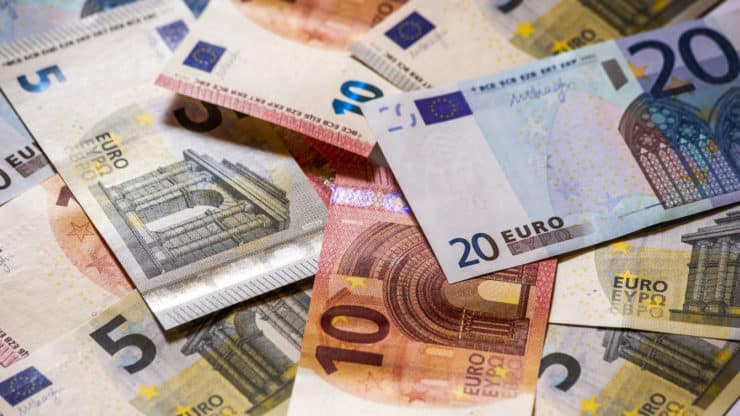 The EUR/USD pair rose today as investors reacted to positive economic data from Europe. By rising, the pair has erased the losses made yesterday after a speech by Jerome Powell at the Jackson Hole summit. The pair is trading at 1.1910, which is the highest it has been since August 19.

The EUR/USD is probably reacting to strong consumer and business confidence data from Europe. According to the European Commission, the economic sentiment indicator increased by 5.3 points to 87.7 in August. That was higher than the 85.0 that analysts polled by Reuters were expecting.

Sentiment among industry increased from the previous -16.2 to -12.7, beating the analysts’ consensus of -14.2. Similarly, sentiment among companies in the services industry increased to -17.2 from the previous -26.2. Consumer confidence increased by 0.3 to -14.7 while retail trade confidence rose by 4.7 points. This was partly because more people in the European Union are confident about their employment plans.

Business and consumer confidence are important numbers in the economy because they influence spending among the population. When businesses and people are more confidence about the future, they buy more items. For example, businesses buy more fixed assets while people buy items like cars and homes. Indeed, the Eurozone’s consumer confidence dropped to a record low of -22 in March as more people worried about the economy.

Earlier on, the EUR/USD pair reacted to the import price index data from Germany. According to the German statistics office, import prices declined by 4.6% in July year-on-year. That was better than the -4.7% decline that analysts were expecting. It was also better than the previous month’s decline of -5.1%. Excluding crude oil and mineral oil, the index decreased by 2.4%.

Meanwhile, the pair is reacting to inflation and GDP data from France. Data from the statistics bureau showed that the economy contracted by 13.8% in the second quarter. That was the second contraction in a row, meaning that the economy is now in a technical recession. Consumer inflation rose by 0.2%, down from the previous 0.8%.

The EUR/USD pair has erased the losses made yesterday after Jerome Powell talked about the new policy by the Fed. That policy means that the bank will be okay if consumer inflation rises to above its target of 2.0%. In other words, the bank will now leave rates unchanged for the next foreseeable future.

The daily EUR/USD chart below shows that the pair reached an intraday low of 1.1763 yesterday. This was an important support because it was among the lower line of the ascending trend line that is shown in purple. The price is still above the 50-day and 100-day exponential moving averages. It is also above the Ichimoku cloud. Therefore, I suspect that the price will continue rising as bulls aim for the upper side of the ascending channel.