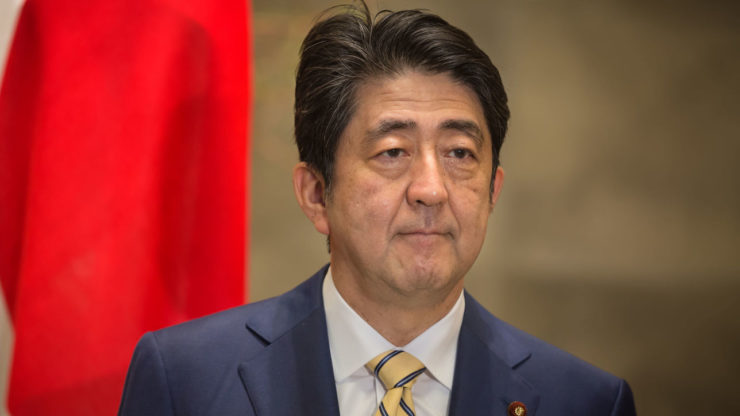 The USD/JPY pair pared back gains made yesterday as traders reacted to news of Shinzo Abe’s resignation. The pair had gained yesterday after Jerome Powell delivered his speech at the virtual Jackson Hole summit. It is trading at 106.22, which is lower than yesterday’s high of 106.95.

A statement by national broadcaster, NHK, said that Japan’s prime minister Shinzo Abe would step down due to a worsening medical condition. The sudden news will end an eight-year tenure of Japan’s longest-serving leader who is widely known for Abenomics. It also ends speculations about his health after he visited the Keio University Hospital last week.

Abenomics is a term used to describe Shinzo Abe’s economic plan. It involved massive stimulus packages that helped return Japan to growth after decades of stagnation. However, the policies failed to push inflation above the Bank of Japan’s target of 2%.

The USD/JPY is falling a day after it rose following the statement by Jerome Powell. In his speech at the virtual Jackson Hole summit, the Federal Reserve will change how it conducts monetary policy. In the new approach, the bank will be comfortable when inflation rises above its target 2%.

The new approach means that the Fed is likely to leave interest rates unchanged in the foreseeable future. Indeed, had the policy been in place five years ago, the Fed would have delayed hiking interest rates. In the speech, Powell said:

“Many find it counterintuitive that the Fed would want to push up inflation. However, inflation that is persistently too low can pose serious risks to the economy.”

In the hours following the speech, the US dollar rose against most currencies, including the Japanese yen.

The USD/JPY pair is trading at 106.05, which is along the 50-day and 100-day exponential moving averages. The price is between the 50% and 38.2% Fibonacci retracement level while the Average True Range (ATR) has dropped to the lowest level since March. Therefore, the price is likely to continue falling as bears target the next support, which is below 105.00.