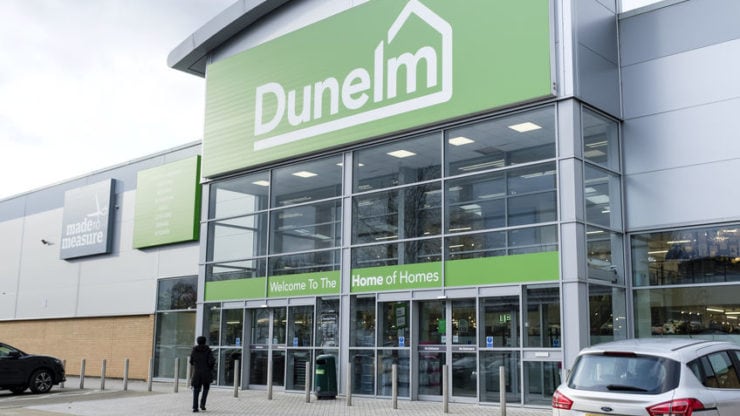 In a statement on Tuesday, Dunelm Group (LON: DNLM) said that sales have shown resilience in the past two months. The home furnishing retailer also highlighted that its performance so far in 2020 is better than what it had initially predicted, despite COVID-19 restrictions.

Shares of the company were reported about 2% up in premarket trading on Tuesday. The stock continued the gain and jumped another 3.5% on market open. In the next few hours, however, Dunelm lost its entire intraday gain.

It is currently exchanging hands at £14.63 per share versus a low of £6.59 per share in March due to the Coronavirus pandemic. Choosing a reliable stockbroker to trade online can be challenging. Here’s a comparison of a top few to make it easier for you.

Dunelm’s sales were 59% higher in July

In July, the British company said that its sales were 59% higher as compared to the same month last year. The company said that customers rushed to the stores in July after months of closure due to the ongoing Coronavirus pandemic that has so far infected more than 335 thousand people in the United Kingdom and caused over 41,500 deaths.

Consequently, it added, sales saw a massive boost in July. In August, Dunelm’s sales were still 24% higher on a year over year basis.

According to Dunelm, its hawkish performance in recent months was attributed primarily to its home delivery service and out-of-town superstores. The Syston-based home furnishing retailer launched its annual summer sale in June that further helped boost its sales in recent months.

It, however, acknowledged the COVID-19 uncertainty and said that it was difficult to offer meaningful guidance for the upcoming months at this point.

The retailer’s robust sales matched its competitor, DFS Furniture, that reported a 77% increase in sales in the period from 23rd March to 12th July, on the back of recovering consumer spending in the UK. But DFS’ annual sales came in 27% lower as per its report in July.

For the full-year, Dunelm now forecasts its pre-tax profit to take an up to £21 million hit. It, however, expressed confidence in a quick recovery as customers continue to return to its stores.

At the time of writing, the British home furnishing retailer has a market cap of £2.96 billion and a price to earnings ratio of 26.33.