Home » News » World » Tesla expresses plans of a stock offering to raise up to £3.71 billion

Tesla expresses plans of a stock offering to raise up to £3.71 billion 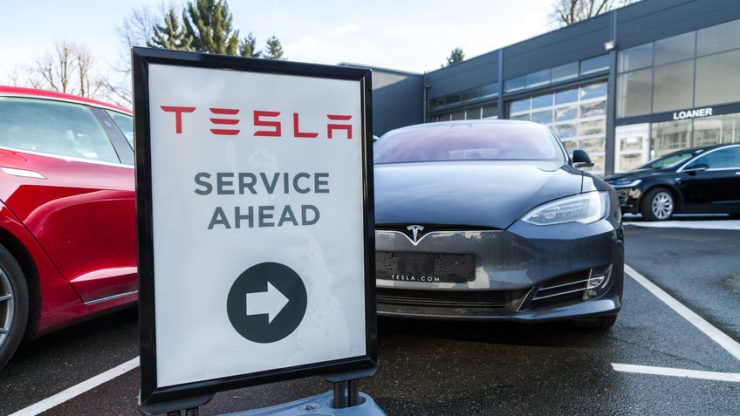 In an announcement on Tuesday, Tesla Inc. (NASDAQ: TSLA) said it will raise roughly £3.71 billion via a share sale program. The stock offering, it added, will be conducted by Goldman Sachs & Co, Citigroup Global Markets Inc, Bank of America Securities Inc, and Morgan Stanley & Co.

As per Tesla SEC filing, the sales agents will get an up to 0.5% of commission on aggregate gross proceeds from the stock offering. The news comes only a day after the electric carmaker implemented a 5-for-1 stock split that marked its first since it went public in June 2010.

Tesla has raised a total of about £10.39 billion via stock offerings

In over a decade, Tesla has launched several secondary stock offerings to raise a total of about £10.39 billion. Its recent sale in February raised £1.48 billion. In related news, its Chinese competitor, Nio Inc said earlier in August that it will look to expand its footprint in Europe and beyond.

Following the announcement of the split on August 11th, Tesla’s stock climbed by roughly 70% to hit a high of £1,661 per share (split-adjusted basis) on Friday. As of the close of the regular session on Friday, Tesla was one of the priciest stocks to purchase on Wall Street.

The Palo-Alto based company was reported to have come under a serious cyberattack last week; a report that was confirmed by its Chief Executive Officer, Elon Musk. Musk’s net worth topped £74 billion ($100 billion) in late August.

Tesla is committed to producing batteries for electric aeroplanes

CEO Musk also expressed confidence last month that Tesla will further revolutionise the electric batteries by 2024. The American firm is committed to boosting energy density by 50% on its batteries to turn even air travel fully electric.

According to Musk, an energy density of more than 400 Wh/kg is required for electric flights. Its Model 3 that uses Panasonic’s batteries have around 260 Wh/kg of energy density.

Following the stock split, Tesla is now trading at £382 per share in the stock market. Shares of the company were reported about 3.5% up in premarket trading on Tuesday. Its stock climbed by 12.6% on Monday to hit a market capitalisation of £344.67 billion that earned it a title of the 7th largest company in the United States for the first time in its history. Tesla took the place of Visa Inc. to win the 7th spot.