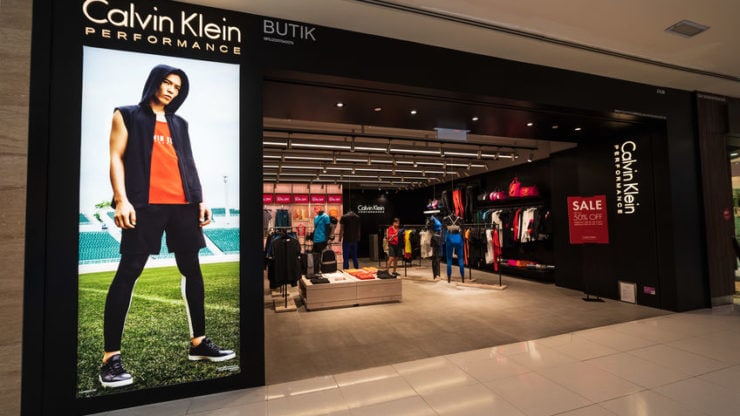 PVH Corp (NYSE: PVH) published its financial results on Wednesday that highlighted the company to have swung to £38.50 million of loss in the fiscal second quarter that translates to 53.93 pence of loss per share. On an adjusted basis, it lost 9.74 pence a share in the recent quarter.

PVH Corp jumped about 3% in after-hours trading on Wednesday and is now roughly 40% down year to date.

Its per-share loss in Q2, however, came in better than £1.83 that Wall Street had expected. In terms of revenue, the owner of prominent clothing brands like Tommy Hilfiger, and Calvin Klein printed £1.18 billion in the second quarter. Street forecast, on the other hand, was capped at a much lower £960 million. Tommy Hilfiger also pledged to turn fully circular by 2030 on Wednesday.

On a year over year basis, PVH Corp’s revenue in Q2 was 33% lower. The percentage decline, however, was much better than what it recorded in the fiscal first quarter. The New York-based company’s revenue from online sales saw a 50% annualised growth. Its digital commerce businesses, it said, that it operated directly, registered a massive 87% growth in revenue in the second quarter versus the comparable quarter of last year.

PVH Corp said that it concluded the fiscal second quarter with £2.02 billion of liquidity. It had £1.05 billion in cash and access to another £970 million under a revolving credit line. In separate news, Macy’s reported £323.19 million of loss in Q2 on Wednesday.

The company cited COVID-19 uncertainty as it refrained from giving its guidance for the full year. But it said that its revenue in the third and fourth quarter combined is likely to slide by 25% on an annualised basis.

CEO Emanuel Chirico of PVH Corp commented on the report on Wednesday and said:

“Our incredible people, our iconic global brands, and our strong fundamentals and balance sheet truly define who we are, and I believe will position us to deliver long-term sustainable growth. At PVH, I am incredibly proud of the steps we are taking to evolve our organisation for continued improvement. Our purpose has never been more meaningful to us as we seek to deliver value to all of our stakeholders.”

At the time of writing, PVH Corp has a market capitalisation of £3.17 billion.