Shall I buy Tiffany stock after LVMH failure? 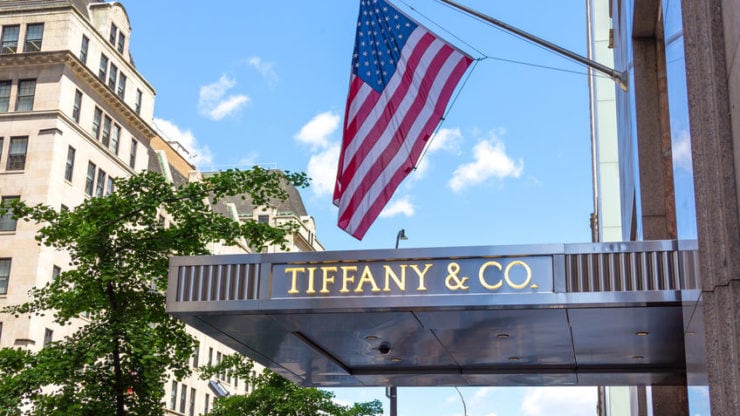 Shares of Tiffany & Co (NYSE: TIF) fell sharply on Wednesday after the fashion luxury giant LVMH (EPA: MC) decided to pull out of the $16.2 billion takeover deal. Shares initially fell over 10% before recovering a portion of losses.

The Louis Vuitton owner decided to officially get out of the contract to acquire the US-based jewellery giant Tiffany due to concerns over potential taxes that the Trump administration may impose on French products. Invezz reported in June that Tiffany stock tumbled 10% after LVMH said it is no longer interested in the $16.2 billion offer to buy Tiffany on the market.

The original deadline for concluding the deal, August 24, was extended for three months due to the pandemic. Tiffany asked for the deadline to be extended until the end of the year, while LVMH, according to their interpretation fo the contract, decided to get out of the deal.

Tiffany filed a lawsuit against LVMH, therefore asking the court to enforce the deal. According to their side, LVMH has no legal basis to get out of the contract.

The Trump administration threatened to impose tariffs on luxury French products after France introduced taxes on the U.S. tech companies. According to reports in France, the French Minister for Foreign Affairs advised LVMH to take into account potential taxes on French goods.

“Tariffs are political tools that can be flipped on and off with no notice,” said Scott Lincicome, a senior fellow at the American think thank Cato Institute. “And because we don’t know who the president is going to be in January 2021, that adds fuel to the uncertainty.”

Tiffany stock price fell over 10% on Wednesday following the LVMH announcement, before the buyers were able to erase around half of these losses and close 6.44% in the red. Wednesday’s low $108.11 is the lowest the stock traded since the pandemic-fueled selloff in March.

Given that Tiffany is seeking damages from LVMH and that the public may wait for some time before the court decides on this case, it’s advised to stay away from the Tiffany stock for the time being. However, in case the court decides in their favour, Tiffany share price is expected to gain.

Tthe fashion luxury giant LVMH, which owns the Louis Vitton brand, decided to pull out of the $16.2 billion takeover deal to buy Tiffany & Co for $16.2 billion, sending shares of the latter lower.