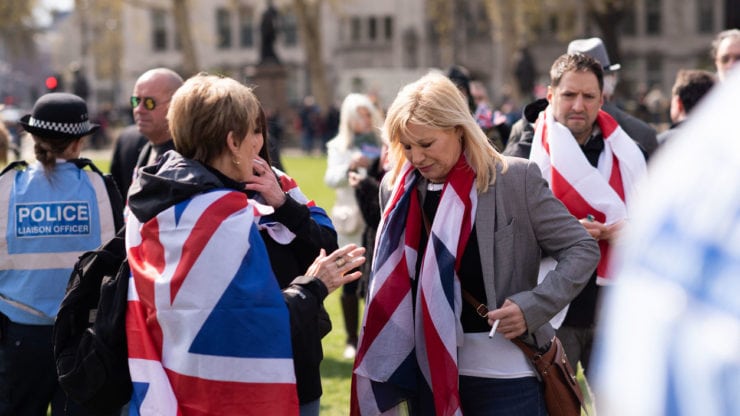 The GBP/USD pair is up for the second straight day as the market remains optimistic of a compromise between the European Union and the United Kingdom. The overall weaker US dollar has also helped push sterling higher. The pair is trading at 1.2898, which is just two pips below the important resistance of 1.2900.

The situation in the UK looks bad. Furthermore, the UK and the European Union concluded their eighth round of talks without an agreement. At the same time, Boris Johnson irked the EU by tabling an internal markets bill in parliament. This bill passed the first stage in parliament yesterday but is likely to face more opposition in later stages. As a result, the likelihood of a no-deal Brexit remains high.

“The second is a permanent Brexit trade deal between the EU and the UK, which we, despite the recent turmoil, still think is more likely than not (60% probability of a deal, 40% for no deal).”

In another report, analysts at ING said that they believe there is a 50-50 chance that the two sides will reach a form of a deal. They wrote that the key issue to watch will be whether the internal market bill passes the House of Commons and the House of Lords. If it passes, the EU will either refuse to sign an agreement or request more compromise such as state aid for UK firms. They outlined the following timeline for Brexit.

The GBP/USD pair is also reacting to the mixed jobs numbers released earlier today. According to the Office of National Statistics (ONS), UK employers slashed more than 695,000 jobs since March, when the coronavirus pandemic started.

As a result, the country’s unemployment rate rose from 3.9% in June to 4.1% in July. This rate is still better but the 8.4% in the United States and the EU average of about 7.4%. However, analysts expect that it will rise to more than 7% after the government ends its furlough program.

At the same time, the number of people receiving government support has increased to more than 2.7 million. In August, more than 80,000 people filed for these claims, a figure that was better than the 100k that analysts were expecting. Wages also continued to fall as more employers focus on saving cash.

The GBP/USD is also rising ahead of the Fed interest rate decision that is scheduled tomorrow. Analysts expect the bank will sound a bit dovish and leave interest rates and quantitative easing unchanged.

The daily chart shows that the GBP/USD pair formed a bearish shooting star pattern on September 1. It then declined to a low of 1.2750, where it formed a morning star pattern. That price was slightly above the 38.2% Fibonacci retracement level. The pair has now started the fifth wave of the Elliot wave pattern. Therefore, I suspect that it will continue rising as bulls attempt to move above the year-to-date high of 1.3480.