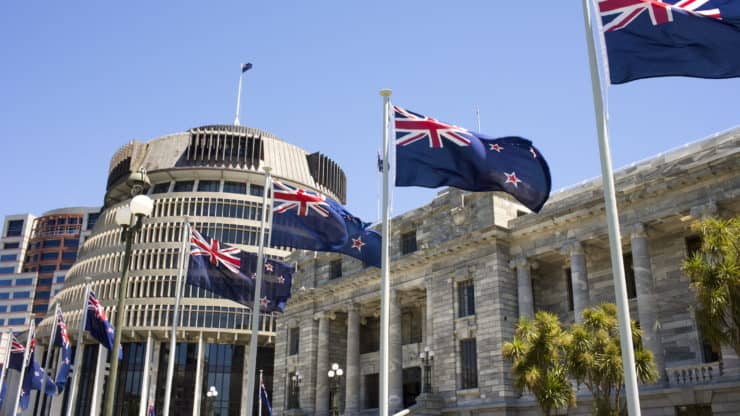 The NZD/USD pair declined in overnight session as traders digested the latest Federal Reserve interest rate decision. The pair also reacted to data that confirmed that New Zealand had moved to its first technical recession in a decade.

The New Zealand has been credited for how it handled the coronavirus pandemic. The government instituted strict measures that were enforced by the police. As a result, the country confirmed less than 2,000 cases and about 25 deaths.

These measures, however, led the country to suffer a technical recession. That happens when a country’s GDP contracts for two consecutive quarters. According to the statistics office, the country’s GDP declined by 12.2% in the second quarter after dropping by 1.4% in the first quarter.

The contraction was better than the 12.8% that analysts were expecting. That decline was the worst ever recorded from 1987, when the office started collecting the data. At the same time, the economy shrank by an annualised rate of 2% while the GDP per capita declined by 12.6%.

The bureau blamed the decline to the level four measures that the government implemented. These measures led to many industries being shut down. For example, the construction sector declined by 25.8% while the manufacturing industry fell by 13.0%. Other industries that were vastly affected were tourism and retail. In a statement, the bureau said:

“While level 4 restrictions were in place for most of April, the gradual return to level 1 over the course of the quarter meant that businesses were able to open up again and many people returned to places of work.”

The contraction in New Zealand was however better than that in the European Union, United Kingdom, and the United States. The three contracted by 14.1%, 20%, and 32%, respectively.

The NZD/USD also reacted to the Fed interest rate decision that led to an overall stronger dollar. The bank left interest rates and quantitative easing policies unchanged. It also signalled that the rate will remain at the current levels at least until 2023. As a result, the dollar index rose by more than 0.25% in overnight trading as the greenback rose against most currencies.

Later today, the pair will react mildly to the initial jobless claims data. It will also react to the housing starts and building permits data and the Philadelphia manufacturing index data.

Before the Fed decision, the NZD/USD was in an upward trend. It had risen for the past three consecutive days and reached a high of 0.6760. It has now erased some of those gains and is trading at 0.6683. On the daily chart, it is still above the 50-day and 25-day exponential moving average. It is also slightly above the ascending trend line that is shown in pink. Therefore, the pair is likely to continue falling as bears aim for the next support at 0.6700.