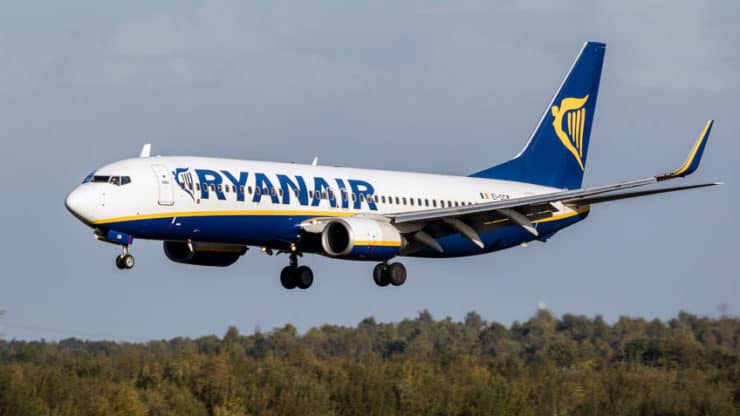 Ryanair Holdings plc (LON: RYA) revealed to have slashed its capacity by another 20% for October on Friday. The company also highlighted that if the European Union governments decide in favour of keeping COVID-19 travel restrictions in place in the upcoming months, it might have to keep its capacity reduced through the rest of the winter this year.

Shares of the budget airline tanked about 4% on Friday. At £11.07 per share, Ryanair is roughly 20% down year to date in the stock market after recovering from a low of £7.46 per share in March when the health crisis brought demand for air travel to a near halt. Confused about choosing a reliable stockbroker to trade online? Here’s a list of a top few to make selection easier for you.

Ryanair raised £357 million in the first week of September

Earlier in September, Ryanair issued shares to raise £357 million amidst COVID-19 that has so far infected more than 385 thousand people in the United Kingdom and caused over 41 thousand deaths.

On a year over year basis, Ryanair’s capacity, as per the CEO Michael O’Leary will remain 60% down in October. In an earlier estimate, the company had predicted a lower 50% decline instead. Ryanair was reported to have closed Dusseldorf base last week.

According to Ryanair spokeswoman:

“If current trends and EU governments’ mismanagement of the return of air travel and normal economic activity continue, then similar capacity cuts may be required across the winter period.”

Ryanair also said on Friday that the EU governments continue to change their stance on travel restrictions. This has resulted in a significant hit to forward bookings since many of the policies are announced at short notice.

In an announcement last week, O’Leary had also predicted that in the financial year that will conclude in March, passenger number will remain capped at 50 million that represents a little under 70% decline on an annualised basis.

In winter of 2019, the Irish air carrier flew about 67 million passengers. A 60% cut leaves Ryanair’s capacity at roughly 27 million for the second half of the current fiscal year. In comparison, Ryanair flew close to 12 million passengers this financial year in the first five months.

At the time of writing, Ryanair is valued at £12.41 billion.