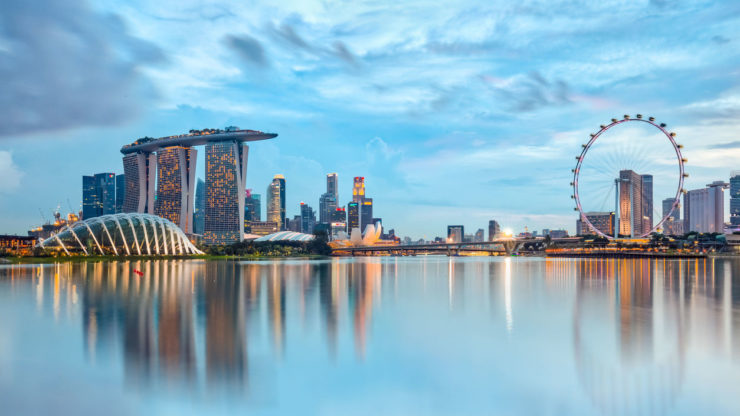 The USD/SGD dropped to the lowest level since January as investors remained bullish about Singapore. It is trading at 1.3565, which is the lowest it has been since January 30. It has also dropped by more than 7% from March, making the Singapore dollar one of the best-performing emerging market currencies.

The Singapore dollar has been on a strong upward trend as traders reflect on the role of Singapore in Asia. That is because many companies have moved or announced their plans to move their operations in the South-East Asian country.

This week, Bytendance, the owner of TikTok announced that it will move its headquarters to the city. That followed other Asian technology giants like Tencent and Alibaba. Just last week, Alibaba announced that it would invest about $4 billion in Grab, a company that was started in Singapore.

Other companies are expected to move to the city as tensions between China and India rise. Also, many firms in Hong Kong have announced their desire to move to Singapore because of the national security law. This is usually a positive move for the Singapore dollar because it increases its demand.

Meanwhile, data from Singapore has been relatively encouraging. Early this month, data showed that the country’s manufacturing PMI remained above 50, which is a sign that the industry is expanding. Another data showed that retail sales in Singapore rose by 27.4% in July as the country continued to reopen. At the same time, the unemployment rate dropped to 2.8% in the second quarter from the previous 2.9%.

Yesterday, data from Singapore showed that the trade industry continued to do well. Non-oil exports increased by 10.50% in August after rising by 1.20% in the previous month. That increase led the exports to increase by an annualised rate of 7.7%. It was also the sixth straight month of increase. According to Enterprise Singapore, the increase was mostly because of non-electronic goods.

The daily chart shows that the USD/SGD has been in a strong downward trend since March when it reached a high of 1.4640. The price is trading below the 50-day and 25-day exponential moving averages. Also, it has managed to cross the important support level of 1.3555, which was the 1st of September low. Therefore, it seems like bears have prevailed, which means that the price is likely to continue falling as bears target the lower line of the descending channel at 1.3500.