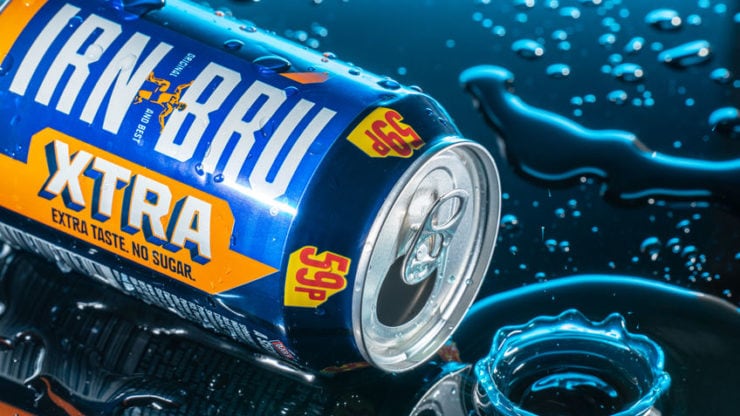 In an announcement on Tuesday, A.G. Barr plc (LON: BAG) said its pre-tax profit in the fiscal first half came in lower on a year over year basis. The company attributed the decline to the Coronavirus pandemic that hurt its sales in H1. COVID-19 has so far infected more than 398 thousand people in the United Kingdom and caused over 41 thousand deaths.

A.G. Barr opened about 2% up in the stock market on Tuesday. Shares of the company jumped another 10% in the next few hours. At an intraday high of 424 pence per share, the British company is still close to 30% down on a year to date basis. Learn more about the different types of stock investments.

The soft drink manufacturer that owns prominent brands like Funkin, Strathmore, Rubicon, and Irn-Bru, reported £5.1 million of pre-tax profit in the six months that concluded on 25th July. In comparison, it had recorded a much higher £13.5 million or profit in the same period last year.

The Cumbernauld-based company highlighted on Tuesday that its dovish performance in H1 was also due to an exceptional pre-tax charge that it valued at £11.5 million. The charge, as per A.G. Barr, was attributed to Strathmore impairment, and business reengineering program at large.

In terms of revenue, the British company printed £113.2 million for the fiscal first half versus the year-ago figure of a higher £122.5 million. The ongoing health crisis, A.G. Barr commented, weighed broadly on the countrywide hospitality sector. In related news from the UK, home improvement retailer, Kingfisher reported annualised growth in its pre-tax profit on Tuesday.

A.G. Barr says dividend payouts may be reinstated in 2021

The company’s board decided in favour of suspending its dividend payouts earlier this year to shore up finances amidst the COVID-19 crisis. According to A.G. Barr, payouts are still under review and are likely to be reinstated in 2021. The company said:

“While UK-wide lockdown measures have been gradually lifted, there remains a continued high degree of uncertainty associated with further potential COVID-19 outbreaks, such as significant localised lockdowns and the resulting impacts.”

A.G. Barr had preformed fairly downbeat in the stock market last year with an annual decline of about 25%. At the time of writing, the British soft drink manufacturer is valued at £470.50 million and has a price to earnings ratio of 15.86.