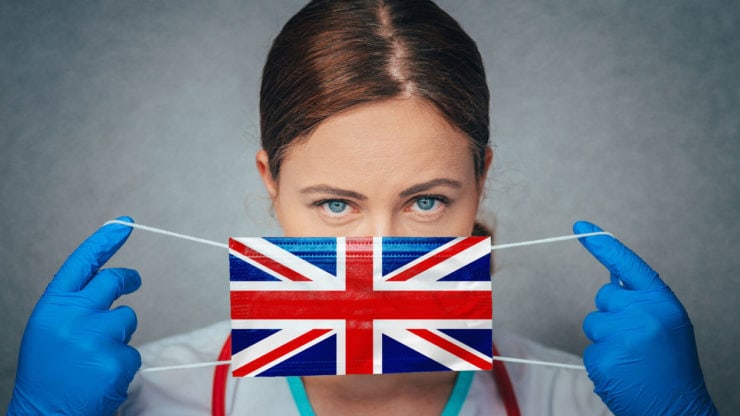 The GBP/USD pair dropped in overnight trading as traders started to worry about the rising number of COVID cases in the UK. It is trading at 1.2820, which is lower than last week’s high of 1.3011.

And it could get worse. In a statement yesterday, Sir Patrick Vallance, the country’s Chief Medical Officer (CMO) warned that the country could see daily cases rise to 50,000 in October. That will be a significant toll for a country that is going through its deepest recession in years.

As a result, the government has started to implement measures to halt the spread. For example, it has put a countrywide curfew starting at 10pm. It has also limited gatherings and instituted measures to ensure that people with symptoms self-isolate.

The impact of the new wave on the UK economy will be dire. For one, it could interrupt the ongoing recovery after the economy contracted by more than 20% in the second quarter.

It also comes at a time when the UK is facing the challenge of Brexit. The country has just a few weeks to ink a deal with the European Union. Also, the country has angered some of its partners by pushing the internal market bill that would lead to tensions in Northern Ireland.

The GBP/USD also dropped because of the strong dollar. The dollar index, a benchmark that measures its performance against other peers, rose by more than 0.45% in overnight trading. There are several reasons for this. First, investors have rushed to its safety because of the rising COVID cases.

Second, there are political risks in the United States. The risks increased during the weekend when a seat of the Supreme Court became vacant with the passing of Ruth Bader Ginsberg. Donald Trump has pledged to name her successor this week.

Third, there are risks between the United States and China. According to the Wall Street Journal, the country is considering releasing its Entity list that could impact American tech firms like Cisco. Other foreign firms like Standard Chartered and HSBC are also said to be added in that list.

The daily chart below shows that the GBP/USD pair formed a bearish flag between September 11th and 18th. The price is now below the 25-day and 10-day exponential moving averages. It is also along the second support of the classical pivot points. Therefore, due to the flag pattern, the pair is likely to continue falling and possibly test the third support at 1.2690.