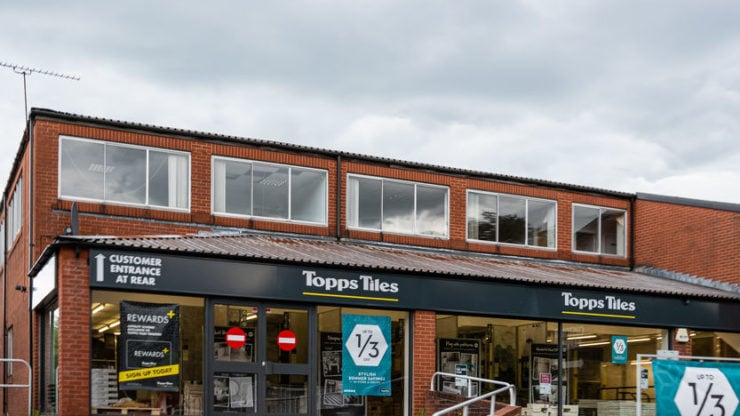 In an announcement on Wednesday, Topps Tiles plc (LON: TPT) said that its full-year revenue was likely to see a 12.5% decline. The company attributed its dovish forecast to the Coronavirus pandemic that continues to weigh on commercial demand.

The COVID-19 crisis has so far infected more than 400 thousand people in the U.K. and caused over 42 thousand deaths. For the financial year that concluded on 26th September, the tiles retailer expects its profit to remain modest. Topps Tiles currently operates more than 300 stores in the United Kingdom.

Topps Tiles named Stephen Hopson as its new CFO in the first week of September. Hopson has previously served in a similar capacity at the U.S. beverage company, Molson Coors.

In the fourth quarter, it highlighted, its retail business showed signs of recovery on the back of robust demand for DIY (do it yourself) projects as people spent more time at home. In Q4, it said that its like for like sales came in 16.5% higher as compared to the same period last year.

In separate news from the UK, Royal Dutch Shell said on Wednesday that it will layoff up to 9 thousand workers in the next two years.

According to the Leicester-based company, it has now reopened all of its stores for the public but is following strict social distancing protocols for safety. Its stores were originally pushed into shutting down on 23rd March. As of mid-April, it had started reopening its countrywide stores for the public. Its e-commerce segment, however, remains operational throughout.

CEO Rob Parker of Topps Tiles commented on the update on Wednesday and said:

“I remain very positive about the longer-term outlook for the Group but also recognise that the continuing impact of the COVID-19 pandemic may lead to more difficult conditions over the short to medium term.”

Shares of the company lost more than 10% on market open on Wednesday. On a year to date basis, Topps Tiles is now close to 35% down in the stock market. Here’s what you need to know about the different types of stock investments.

In comparison, the British retailer printed an annual gain of roughly 20% in 2019. At the time of writing, Topps Tiles is valued at £95.53 million and has a price to earnings ratio of 37.12.