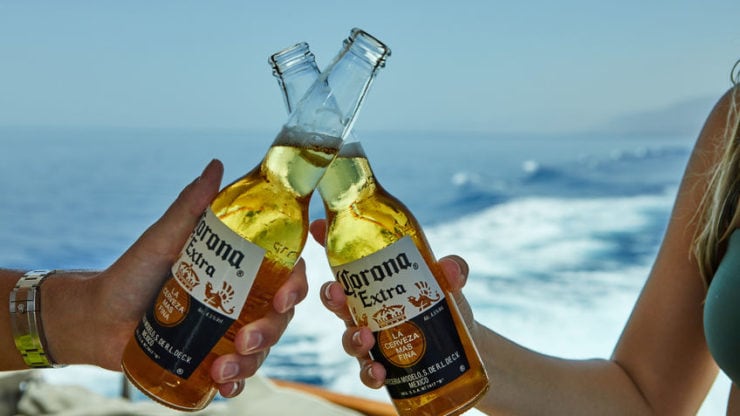 Constellation Brands Inc (NYSE: STZ) published its earnings report for the fiscal second quarter on Thursday that topped Wall Street estimates for earnings despite the ongoing Coronavirus pandemic crisis that has so far infected more than 7.4 million people in the United States and caused over 210 thousand deaths.

Constellation Brands was reported trading slightly lower in premarket trading on Thursday. Including the price action, shares of the company are now exchanging hands at £145.55.

The stock has recovered more than 75% since March when it touched a year to date low of £81.50 per share due to COVID-19 that pushed the U.S. bars and restaurants into temporarily shutting down. Interested in investing in the stock market online? Here’s a simple guide to get you started.

The company, however, acknowledged COVID-19 uncertainty as it refrained from giving guidance for the future. In the prior quarter (Q1), Constellation Brands had noted a 6% annualised growth in sales.

Despite the majority of bars being closed for the public in the U.S. due to virus-related restrictions, the Victor-based company still has an EPS Rating of 90 and a Composite Rating of 91. As per Constellation’s statement in April, demand from stores was helping it offset the decline from bars and restaurants.

Constellation Brands said that its net income in the fiscal second quarter came in at £394.92 million that translates to £2.02 per share. In the same quarter last year, it had reported £405.02 million of loss or £2.14 per share. The Fortune 500 company acquired craft spirit producer, Copper & Kings, in mid-September.

In the quarter that concluded on August 31st, the American producer and marketer of beer, wine, and spirits posted £2.13 of adjusted earnings per share including equity losses attributed to its investment in Canopy Growth Corp.

In terms of sales, Constellation Brands registered a 4% annualised decline to £1.74 billion. In comparison, FactSet consensus for sales stood at £1.69 billion and for per-share earnings at £1.94 in the second quarter.

Constellation Brands performed fairly upbeat in the stock market last year with an annual gain of roughly 15%. At the time of writing, the largest beer import company of the United States has a market cap of £27.98 billion and has a price to earnings ratio of 719.94.