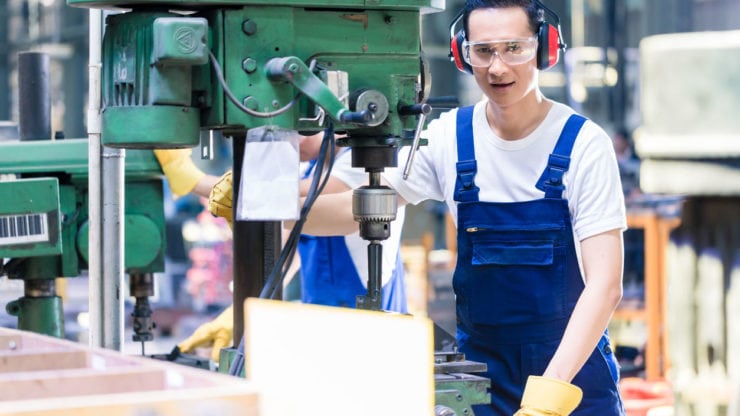 The Japanese yen (USD/JPY) is little changed as traders reflect on the ongoing stimulus talks in the US, Japan PMI, and Tankan survey data. The pair is trading at 105.47, which is slightly below yesterday’s high of 105.77.

Japan is a country known for its manufacturing sector. The country is known for its companies like Toyota, Mazda, Subaru, and Mitsubishi. Indeed, the sector employs more than 10 million, which is ~8% of the country’s population. It also helps to support the important service sector.

According to au Jibun Bank and Markit, the country’s manufacturing PMI increased from 47.3 to 47.7. That was higher than the 47.3 that analysts were expecting. It is also the highest it has been since March this year. Still, with the PMI below 50, it means that the manufacturing sector in Japan is in contraction mode.

The report showed that new orders fell the least since January while employment in the sector remained stable. Supply chain disruptions eased while production volumes started to rise. In a statement, Tim Moore, an analyst at Markit said:

“The most encouraging aspect of the latest survey was a sustained rebound in business optimism from the low point seen during April. More than twice as many manufacturers plan to boost production in the next 12 months as those that forecast a decline.”

At the same time, the USD/JPY is moving in reaction to the strong economic data from the United States. According to ADP, private sectors in the United States created more than 749k jobs in September. That was a higher reading than the previous month’s 481k. Another data showed that the US economy contracted by 31.4% in the second quarter, which was better than the previous 31.7%.

The four-hour chart shows that the USD/JPY is trading at 105.43, which is lower than this week’s high of 105.80. The price has just moved below the 25-day exponential moving average. Also, it is close to the lower side of the channel that is shown in blue. Therefore, there are two likely scenarios. First, the most likely scenario is where the pair continues falling and moves below the lower side of the channel. The other scenario is where the USD/JPY hits the support and rises as bulls aim for the upper side at ~106.00.