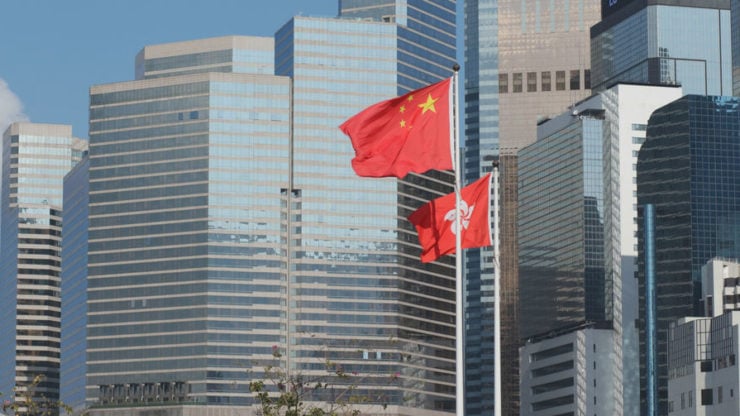 The USD/CNY price is little changed as investors react to the strong Chinese services PMI numbers. The pair is trading at 6.7907, which is slightly above the PBOC’s fixing rate of 6.7796.

China has been an outlier this year. While its economy contracted for the first time in decades in the first quarter, it has quickly rebounded. In the second quarter, the economy expanded by ~3.2%, becoming the first country to emerge from the pandemic. In contrast, the US output contracted by more than 30%.

This growth continued in the third quarter. Last week, data from both Caixin and China Logistics showed that the manufacturing PMI remained above 50. That was a sign that manufacturers have increased their output and optimism about the future.

Today, another data showed that the services sector, too, remained upbeat in September. According to Caixin and Markit, the Chinese services PMI rose to 54.8 in September from 54.0 in August. This was the fifth consecutive month of gains and the highest figure in three months.

The report attributed the gains to rising new orders and employees. The inflow of new orders helped push backlogs up for the past three months. Also, business confidence continued to rise. In a statement, Dr. Wang Zhe of Caixin Insight said:

Meanwhile, the USD/CNY price reacted to the composite PMI that provides weighted averages of comparable manufacturing and services indices. The PMI fell from 55.1 in August to 54.5. Still, it shows that business activity remains strong.

Importantly, on a macro level, the resurgence of the Chinese economy is happening at a time when the US is going through a rough patch. Divisions between Democrats and Republicans have intensified, putting the likelihood of another stimulus package at a relatively lower level.

The daily chart shows that the USD/CNY price has been in a strong downward trend from May when it reached a high of 7.1773. The pair reached a low of 6.7500 in September. It remains below the 15 and 25-day exponential moving average and the January 20 low of 6.8428. Therefore, I expect the pair to remain under pressure as the US dollar continues to weaken against its major peers.