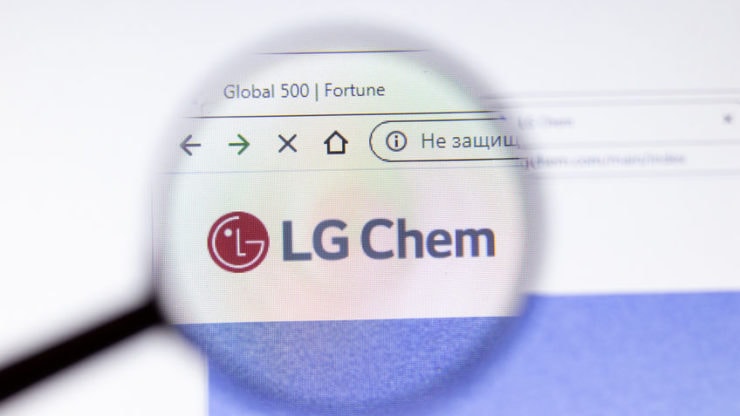 LG Chem Ltd (KRX: 051910) said on Monday it expects operating profit in the fiscal third quarter to hit a record high, but refrained from disclosing any further information about reasons for its hawkish guidance. Experts, however, attributed it to an increased demand for home appliances in recent months due to the Coronavirus pandemic.

Shares of the company were reported more than 1.5% down in premarket trading on Monday. LG Chem lost another 1.25% on market open. Including the price action, it is now exchanging hands at £449.38 per share that represents a close to 200% growth since March when it printed a year to date low of £153.81 per share. Interested in investing in the stock market online? Here’s a simple guide to get you started.

LG Chem supplies batteries to Tesla for its electric vehicles, that reported record deliveries in Q3 last week. Orders from the U.S. car manufacturer, as per the experts, will also contribute to a sharp increase in LG’s operating profit in the third quarter.

LG Chem forecasts an unprecedented 159% annualised growth in its third-quarter operating profit to £606.34 million versus a much lower £500 million expected, as per Refinitiv. In terms of revenue, the South Korean company estimates a 9% year over year increase to £5 billion. LG Chem will publish its detailed financial results for the third quarter later in October.

Apart from its battery business, LG Chem also forecasts robust profit from its petrochemicals business in the third quarter as well.

LG Chem also supplies batteries for Hyundai Kona that were recently recalled in the United States and South Korea over potential fire danger. But the Seoul-based company said on Monday that the exact cause of fires was yet to be determined and that there was no evidence so far that it was its faulty battery cells that resulted in fire incidents.

In an announcement last month, LG Chem had expressed plans of turning its battery business into a separate, independent company. The announcement was not well-received by its investors.

LG Chem performed slightly downbeat in the stock market last year with an annual decline of close to 5%. At the time of writing, the largest Korean chemical company has a market cap of £32 billion and a price to earnings ratio of 115.38.